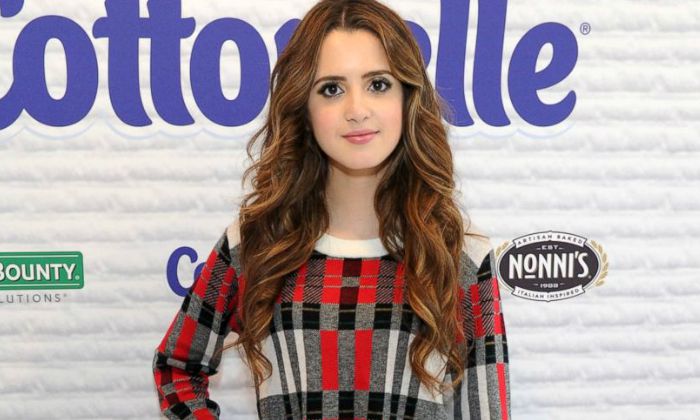 Who is Laura Marano?

Laura Marano is a multi-talented actress, singer, and model from Los Angeles, California, who has been acting for most of her life. She got her start as a child actress with Stage Door Theater, appearing in numerous productions. But it was her role in Disney’s “Austin & Ally” that shot her to fame and recognition. Ever since, her acting career saw leaps and bounds, with diverse roles across television and films. Laura received multiple nominations for her role as Diana Greenway in the 2017 comedy-drama film, Lady Bird. She had recurring roles in the television series “Without a Trace” and “Back to You,” in both instances playing the daughter of the main characters. Laura also had voice roles in The X’s, Ni Hao, Kai-Lan, Randy Cunningham: 9th Grade Ninja, and Fish Hooks.

Laura Marano was born on the 29th of November 1995, in Los Angeles, California, United States of America. She is currently 25 years old.

Laura Marano is the youngest of the two children of college professor Damiano Marano and former actress Ellen Marano. Her father is of Italian descent while her mother has Irish and English roots. Her mother owns the Agoura Children’s Theatre. She has an older sister, Vanessa Marano, who is also an actress. They both appeared together in Without a Trace and Dexter.

Unlike stars who rose to stardom at a young age, Laura attended traditional school and later enrolled at The University of Southern California as a part-time student.

Talking about Laura’s personal life, she has not been romantically linked up with anyone that we know of. However, there were rumors swirling around the internet of her intimate relationship with Ross Lynch, her co-star in Austin & Elly, in the past.

Laura Marano made her professional acting debut in 2005 with the psychological thriller film, The Jacket, playing the role of Young Jackie.

In 2003, she was cast in a recurring role as Kate Malone in the police procedural drama series, Without a Trace, from season 2 to season 4.

As a singer, Laura Marano has contributed to the soundtrack of Austin & Ally: Turn It Up, recording four solo songs and one duet with her co-star Ross Lynch. She released her debut EP titled “Me” on March 8, 2019.

Having started her career at the age of five, Laura has been a part of several successful projects, be it a television sitcom or a film. She earned her first breakout role on the police procedural drama series, Without a Trace, in 2003 and starred in the series from season two until season six.

Her professional career as an actress started when she was five years old. She appeared in a number of Stage Door Theater productions.

She did a lot of television commercials before landing small time roles on television shows and films.

Laura’s career took off when she was cast as Ally Dawson on the Disney Channel series Austin & Ally in 2013.

When Laura is not on the sets, she enjoys school, soccer, piano, hip-hop, tap dancing and singing.

In August 2013, Marano was made the face of the 2013 UNICEF’s Trick-or-Treat for UNICEF, an initiative to encourage kids to raise money on Halloween to help children around the world.

The following year, she became the ambassador for the Disney and Birds Eye Vegetables campaign ‘Step up to the plate’, which encouraged children in the United States to explore healthy foods such as vegetables.

In 2019, she would be seen in A Cinderella Story: Christmas Wish, a direct-to-video film, playing her character as Katherine “Kat” Decker.

She is a huge fan of Harry Potter.

She learned to play the piano when she was nine years old.