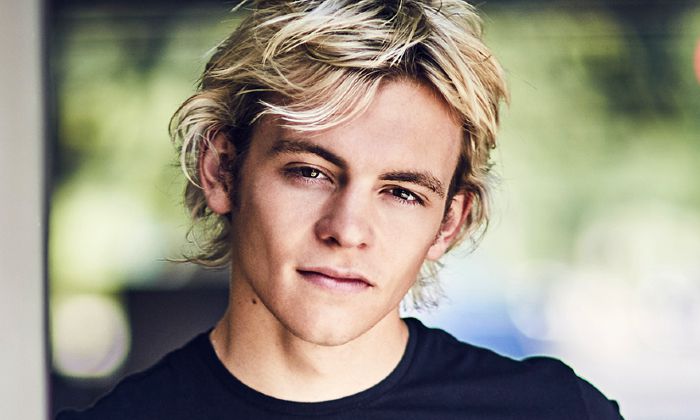 American actor and singer who shot to fame for his role as Austin Moon on Disney Channel’s comedy series Austin & Ally, Ross Lynch is perhaps best known as the lead vocalist of the pop-rock band R5. Hailing from the family of performers, Ross moved to Los Angeles at age 12 to assist his older brother Rocky, with whom he would later form the band Driver Era.

Apart from releasing studio albums such as X, Louder, and Sometime Last Night with R5 and Driver Era, he has also contributed to the soundtracks of Austin & Ally, Teen Beach Movie, Austin & Ally: Turn It Up, and Teen Beach 2. He was also a member of the dance troupe Rage Boyz Crew and appeared on So You Think You Can Dance. In 2018, Ross was cast in the Netflix horror series, Chilling Adventures of Sabrina as Harvey Kinkle, starring alongside Kiernan Shipka, and Lucy Davis.

Ross Lynch was born on the 29th of December 1995, in Littleton, Colorado, United States of America. He’s currently 26 years old.

Ross Lynch was born the second youngest of five siblings to Mark Lynch and his wife Stormie. He has four siblings- sister Rydel and brothers Riker, Rocky, and Ryland, all of them are singers.

He went to regular school until third grade and thereafter homeschooled.

Ross Lynch has had kept most of his personal life hidden from the public eye, however, tabloids have carried out information about his relationships now and then. According to the reports, he was rumored to have relationships with actress Laura Marano and Vanessa Marano in 2012.

He dated actress Morgan Larson from 2012 to 2014 and then dated actress Courtney Eaton from 2015 until their breakup in 2017. He’s currently in a relationship with actress Jaz Sinclair.

Ross Lynch launched his acting career following his high school graduation when he guested in an episode of the Disney sports show, Moises Rules!, in 2009. He then played Aaron in a short film called Grapple! before landing the role of Austin Moon on Disney’s Austin & Ally, starring alongside Laura Marano, Raini Rodriguez, and Calum Worthy. The series was an instant hit that eventually made him a household name.

In 2018, Ross auditioned for the lead role of Harvey Kinkle on Netflix’s supernatural horror series Chilling Adventures of Sabrina and eventually won the role. Based on the Archie comic book series of the same name, it stars Kiernan Shipka, Lucy Davis, and Chance Perdomo.

R5 released their first studio album, Louder, on September 24, 2013, and entered the US Billboard in the 24th spot. Their second album, Sometime Last Night, arrived on July 10, 2015, which debuted at number six on the Billboard 200. The album spawned hit singles “Smile”, “Let’s Not Be Alone Tonight”, “All Night”, and “I Know You Got Away”.

With the start of the year 2018, the band members started focusing on their solo career, eventually disbanding R5 while Ross and his older brother rocky continued to pursue music and founded The Driver Era, an alternative duo in February of that year. They released their first single Preacher Man on March 16, 2018, and went on to release their first studio album, X, on June 28, 2019. The album features 10 songs with lead singles “Afterglow”, “Low”, and “Feel You Now”.

Through all his professional endeavors, Ross Lynch has managed to accumulate a net worth of $5 million as of 2023. The multifaceted Ross has mostly earned his wealth through a successful career in music and acting. His net worth is expected to grow in the upcoming years, provided that he continues on both acting and singing.