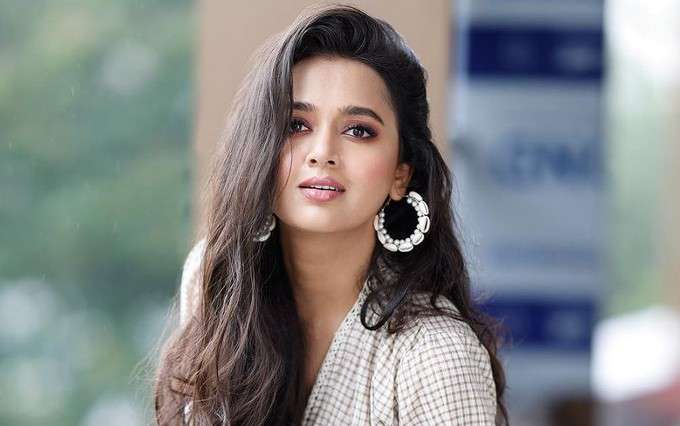 Tejasswi Prakash is an Indian actress and television personality who shot to fame with her portrayal of Ragini Maheshwari on Colors’ soap opera Swaragini – Jodein Rishton Ke Sur. She gained national prominence when she appeared on Bigg Boss Season 15 and won the coveted title. She has been acting since 2012 and has appeared in several TV series such as Sanskaar — Dharohar Apnon Ki, Rishta Likhenge Hum Naya, Karn Sangini, and Silsila Badalte Rishton Ka.

Besides acting, she has also been a part of various reality shows, including Box Cricket League 2, Khatron Ke Khiladi 10, and Bigg Boss 15. In 2022, she was cast in the popular soap opera Naagin 6, playing the lead role of Sarvashreshth Shesh Naagin. She has quite a presence on Instagram with some 1.5 million followers.

Born in a Marathi-speaking family to singer Prakash Wayangankar and his wife, Tejasswi spent her youth in Mumbai. She has one brother named Pratik Wayangankar, who is an engineer by profession and lives in the US.

Tejasswi Prakash earned her bachelor’s degree in Electronics and Telecommunications from Mumbai University in 2015.

Tejasswi has been romantically linked to actor Karan Kundrra since 2021. Although they work in the same industry, they became friends while inside the Bigg Boss house. They developed a liking for each other and soon started dating.

Tejasswi Prakash made her professional acting debut in 2012, playing the character of Rashmi Bhargava on Life OK’s 2012. In the next year, she was cast as Dhara Vaishnav on the Colors TV soap opera Sanskaar — Dharohar Apnon Ki. She played the role for over a year and landed her first major role in the Colors soap opera Swaragini – Jodein Rishton Ke Sur, where she was cast as Ragini Maheshwari.

Tejasswi Prakash appeared on the 15th season of the Indian reality show, Bigg Boss, which premiered on October 2, 2021, on Colors TV. Hosted by Bollywood icon Salman Khan, the show has several stars from the Bollywood industry such as Shamita Shetty, Pratik Sehajpal, Karan Kundrra, Jay Bhanushali, Rakhi Sawant, Rashami Desai, and Neha Bhasin, among many others.

Tejasswi along with Pratik, Karan, Shamita, and Nishant advanced to the finals, which was held on 30th January 2022, where Tejasswi Prakash emerged as the winner and Pratik Sehajpal emerged as the 1st runner-up. She won the cash prize of INR 40 lakhs.

She had a knack for acting from a young age.

Just like her father. she’s also a trained classical singer. She took classical music classes for around 4 years.

While pursuing college, she worked as a part-time model. During this time, she competed in the Mumbai Fresh Face contest that eventually launched her acting career. It was through the show, she was selected for the character Rashmi Bhargava on Life OK’s 2012.

In 2015, she was nominated for Indian Telly Awards in the Best Actress In Negative Role (Popular) category for her work in Swaragini – Jodein Rishton Ke Sur. For the same series, she also received Golden Petal Awards nomination in the Most Stylish Personality category.

She loves to read and dance.

In 2019, she played Mishti Khanna in the web series Silsila Badalte Rishton Ka on Voot.

She made her big-screen debut in the 2020 Marathi film School College Ani Life, playing the role of Indu.