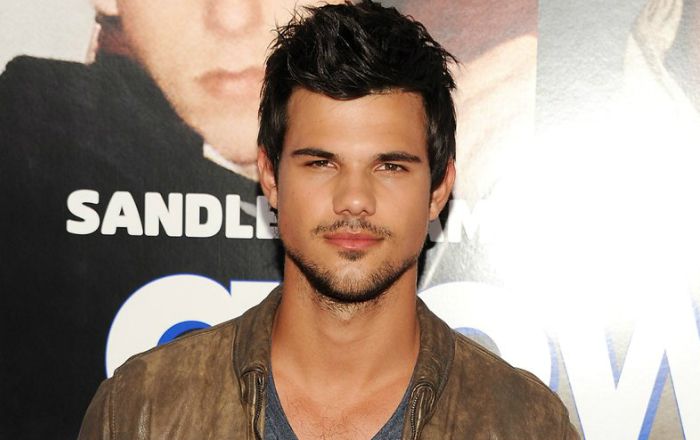 Who is Taylor Lautner?

Taylor Lautner is an American actor who earned international fame for playing Jacob Black in the “The Twilight Saga” franchise, for which he won multiple Teen Choice Awards and People’s Choice Awards. His other notable roles in film include “Cheaper by the Dozen 2”, “The Adventures of Sharkboy”, “Lavagirl in 3-D” and “Abduction”. Since 2013, he plays the main role of Dale “Cuckoo” Ashbrick Jr in the BBC sitcom “Cuckoo”.

Taylor Lautner was born on the 11th of February 1992, in Grand Rapids, Michigan, United States of America. He is currently 29 years old.

Taylor Lautner is the oldest son of Deborah, a software developer, and Daniel Lautner, who is a Midwest Airlines pilot. He has one younger sister named Makena.

Taylor attended Valencia High School in Valencia, California until his sophomore year. He started learning karate at a young age of six and by eight he earned his black belt and won numerous junior world championships. Apart from Karate, he was also actively involved in football, baseball, jazz, and hip-hop dance in his junior high school.

Taylor Lautner has been in a relationship with Taylor Dome since 2018.

Taylor made his acting debut appearing as Young Kismet in a Japanese science fiction film, “Shadow Fury” in 2001.

He had his first television appearance in the American sitcom “The Bernie Mac Show”, produced by Fox channel from 2001 to 2006.

He is immensely popular for his portrayal of Jacob Black in the “Twilight” film series from 2008 to 2012. He has won many awards for his role in the franchise including multiple People’s Choice Awards and Teen Choice Awards.

Taylor Lautner’s net worth is estimated to be $40 million dollars. He currently lives with his parents and younger sister in Valencia, located in California. He owns a BMW 5 Series, a Porsche 911, BMW Z4, a stunning Audi R8, and a Mercedes SLS AMG.

Taylor took karate classes at the age of six. It wasn’t long before he was invited to train with seven-time world karate champion Michael Chaturantabut, and by age eight, Taylor became the Junior World Forms and Weapons champion, winning three gold medals.

At age 11, Taylor was ranked No. 1 in the world in several categories, winning three Junior World Championships along the way.

While keeping himself busy with martial arts training, he also developed an interest for acting at age seven. His first audition in show business was for a Burger King commercial but it was unsuccessful. He then landed in small roles in films, TV, and ads and it didn’t take long for him to have a successful career in film and television.

Taylor won the People’s Choice Awards for Favorite On-screen Team with Robert Pattinson and Kristen Stewart for “The Twilight Saga: Eclipse” in 2011.

He was named one of People Magazine’s 100 Most Beautiful People of 2011.

Taylor still practices and trains in martial arts during his free time. He has also stated that he is drug and alcohol-free.