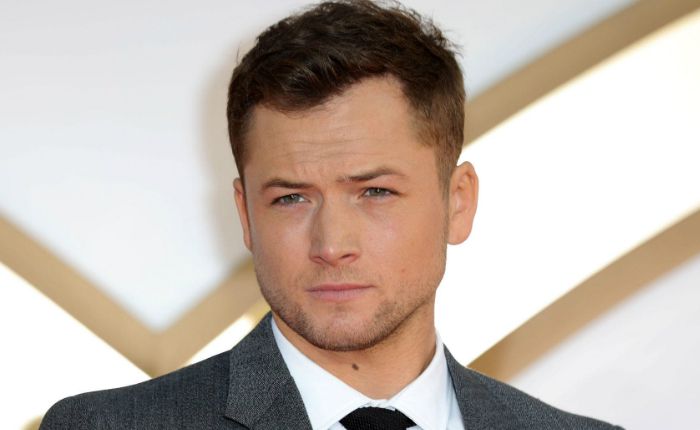 Taron Egerton is a Welsh actor and singer who gained widespread acclaim for playing the lead role “Eggsy” in the Kingsman film series. Apart from that, the renowned actor has appeared in TV series such as Lewis and The Smoke. He has provided the voice to lead characters in TV series like Watership Down, Moominvalley, and The Dark Crystal: Age of Resistance. His other notable film appearances include Edward Brittain in the 2014 drama film Testament of Youth, Mad Teddy in the 2015 crime thriller film Legend, and Eddie “The Eagle” Edwards in the 2016 biographical film Eddie the Eagle.

He is currently 33 years old.

He is of Welsh descent.

Taron went to primary school at Llanfairpwllgwyngyll, on the Welsh island of Anglesey. He then educated at the Ysgol Penglais Comprehensive school in Aberystwyth, Ceredigion, West Wales.

After high school, he got enrolled in Acting at London’s Royal Academy of Dramatic Art (RADA), from where he graduated with a BA (Hons) in 2012.

His family was Welsh and they ran a bed-and-breakfast business. His mother worked in social services. Besides that, there is no more information available about his family, including any information about his siblings.

The Welsh actor prefers to stay low and it’s quite rare that he talks about his relationship status in the public domain. Though he isn’t married yet, which is crisp and clear, his fans are anxious to know, who is his girlfriend.

According to tabloids, Taron Egerton was seen going out with British producer Emily Thomas in the Summer of 2016. It sparked speculation among his fans that she might be the one, and after that, the two were spotted together on numerous red carpets. In November 2018, many reports cited that they ended their relationship lately.

Taron Egerton landed his first acting role as Edward Brittain in the 2014 British drama film, ‘Testament of Youth’. He received a nomination for London Film Festival for British Newcomers for his work in the film.

In 2013, Egerton played the role of Liam Jay in two episodes of the British television detective drama, ‘Lewis’.

Egerton got his first success as an actor with the 2014 action spy comedy film ‘Kingsman: The Secret Service’. Playing his part as Gary “Eggsy” Unwin, he received a lot of fame and appreciation for his role as well as he won the Empire Award for Best Male Newcomer among other nominations. Directed by Matthew Vaughn, the film also starred Colin Firth, Samuel L Jackson, Mark Strong, and Michael Caine. He reprised his role in its sequel, Kingsman: The Golden Circle in 2017.

His performance in the animated movie ‘Sing’, was highly lauded by critics and fans. Directed by Garth Jennings, the film also had Matthew McConaughey, Reese Witherspoon, Scarlett Johansson, and John C. Reilly in pivotal roles.

His other critically acclaimed works include his roles in Eddie the Eagle, Robin Hood, Billionaire Boys Club, The Smoke.

As of 2023, Egerton has an estimated net worth of $6 million, according to celebrity net worth.

Interestingly, his first name is a misspelling of “taran”, which means “thunder” in the Welsh language.

Egerton moved to Wales when he was 12 and he considers himself Welsh despite being born in England. He also speaks Welsh.

He got interested in acting after appearing in his first production, A Midsummer’s Night Dream, playing Flute, the cross-dressing Mechanical.

During his time at RADA, he won the Stephen Sondheim Society’s 2011 Student Performer of the Year Award.

Egerton is a huge fan of Manchester United Football club.

He was considered for the role of Scott Summers / Cyclops in X-Men: Apocalypse (2016) but Tye Sheridan was cats instead.

His celebrity crush was Meryl Streep.