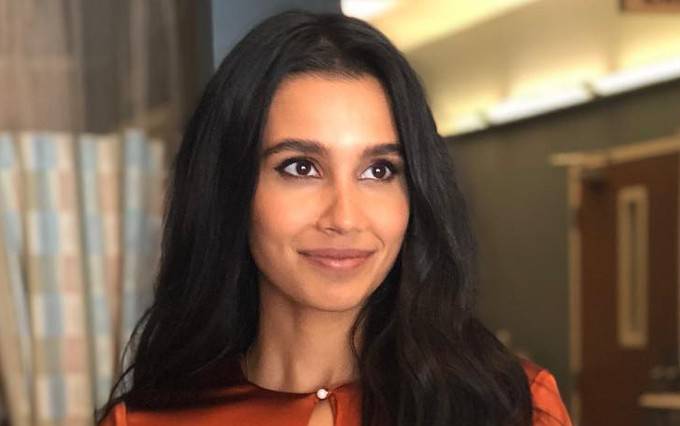 Sophia Ali is an American actress from San Diego, California. She received critical acclaim for her breakout roleof Dr. Dahlia Qadri in the ABC medical drama series Grey’s Anatomy. Apart from Grey Anatomy, the actress is also noted for her recurring roles of Sabrina in Faking It and Fatin Jadmani in The Wilds as well as had guest sports in show like Famous in Love, CSI: Miami, and Shake It Up! On film, Sopia starred opposite Tom Holland in the 2022 film Uncharted.

Sopia is the oldest child and the only daughter of Asim Ali and Asim Ali. She has two younger brothers, Kamran Ali and Shan Ali, both former actors.

Concerning her dating life, Sophia was romantically linked up with Teen Wolf actor Tyler Posey from 2017 to 2019. They began dating after working on the movie Truth or Dare.

The actress is currently single.

Sophia caught the spotlight after landing the role of Dr. Dahlia Qadri on Grey’s Anatomy, a character she played from 2017 to 2019.

Born into a Pakistani Muslim family, she was raised in San Diego, California.

She began acting as a child actress in the 2003 episodes of K Street.

In 2006, she appeared in three episodes of the Barney & Friends as herself and starred in short films as well.

She made her film debut in the 2007 film Missionary Man, playing a minor role.

Sopia plays a lead role of Chloe Frazer in the film adaptation of the Uncharted video game, opposite Tom Holland.

In 2018, Sophia featured in a music video for Honest by Drake Bell.

Sophia landed her first major role in 2022, playing opposite Tom Holland in the movie Uncharted, which is based on the video game of the same name. Despite the film not fairing well at the box office, she received praise for her performance in the film.

She’s got several tattoos all over her body, including a matching dove tattoo on her both thighs.