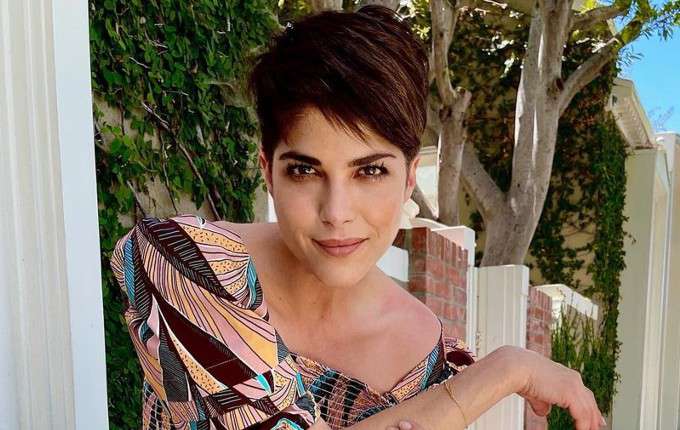 Selma Blair is an American actress who has found huge success on both small and big screens. She received mainstream success with the superhero film Hellboy, in which she played the role of Liz Sherman. She has as well reprised her role in the sequel Hellboy II: The Golden Army and voiced in the direct-to-video films Hellboy: Sword of Storms and Hellboy: Blood and Iron.

On the television front, the talented actress has worked in major productions such as Zoe, Duncan, Jack and Jane, Kath & Kim, Anger Management, and Another Life. In 2010, she won the Grammy Award for Best Spoken Word Album for Children for work as a narrator of The Diary of Anne Frank. Blair has over 2.5 million followers on Instagram. As of 2023, Selma Blair has a net worth of $6 million.

Selma Blair is the youngest of four siblings in a family of six. Her parents are Molly Ann (née Cooke) and Elliot I. Beitner. Her father was an attorney labor arbitrator who passed away in 2012 at age 82. She grew up alongside her three older sisters: Katherine, Elizabeth, and Marie Beitner. Her parents parted ways when she was 23 years old. One of her sisters was a police officer.

For her education, she attended Hillel Day School, a Jewish school in Farmington Hills, and then went to Cranbrook Kingswood in Bloomfield Hills. Following high school graduation, she studied photography at Kalamazoo College.

While at college, she starred in several plays including, The Little Theater of the Green Goose. She studied ballerina for a while but later changed her mind and decided to pursue acting. Blair moved to New York City at the age of 20 and enrolled at New York University (NYU).

The Los Angeles-based actress has been together with director Ron Carlson since 2015.

Prior to getting romantically involved with Ron, Selma had been in a relationship with fashion designer Jason Bleick for almost two years starting from 2010. They even have a son together named Arthur, born in July 2011. In September 2020, representatives of each party announced that they are no longer together. They continue to co-parent their son.

Selma was married to writer/producer Ahmet Zappa from 2001 to 2006. They ended their relationship in early 2006 citing irreconcilable differences, followed up with their divorce in December 2006.

Selma Blair has been enjoying her long and fruitful career since the mid-90s. Selma landed her first major onscreen role in the 1999 drama film Cruel Intentions, playing alongside Reese Witherspoon, Ryan Phillippe, and Gellar. The on-screen chemistry between Selam and Gellar had worked out well that earned her first award, an MTV Movie Award for Best Kiss.

From there on, she continued to impress the audience with her exceptional acting. She has acted in numerous films and TV shows, including the likes of Legally Blonde, the Hellboy franchise, Anger Management, and Another Life.

Thanks to major roles that she took on in both films and television shows, Selma has been able to amass a net worth of a whopping $6 million.

She moved to New York City in her early twenties. After several auditions, she secured her first acting job for a TV commercial that eventually gained her Screen Actor’s Guild membership

Selma’s acting career took off in the mid-1990s when she starred in the 1995 episode of the TV series The Adventures of Pete & Pete.

She is a close friend of actress Reese Witherspoon.

In 2002, she graced the cover of Rolling Stone

During her freshman year at Kalamazoo College, she aspired to become a horse trainer and a ballerina.

In 2000, she won the Young Hollywood Awards for Exciting New Face – Female.

During the #MeeToo Movement, she was accused that she was sexually harassed by director James Toback. Actress Rachel McAdams also came out in support of her saying that he abused her as well.

Blair was on the cover of CR Fashion Book magazine’s February 2016 edition.

In June 2018, she celebrated the two years anniversary of being sober and also announced that she won the battle of depression and anxiety.

She has been featured in various international magazines such as Seventeen, Vanity Fair, Marie Claire, Vogue, Glamour, Dazed & Confused, The Hunger Magazine, and Elle.