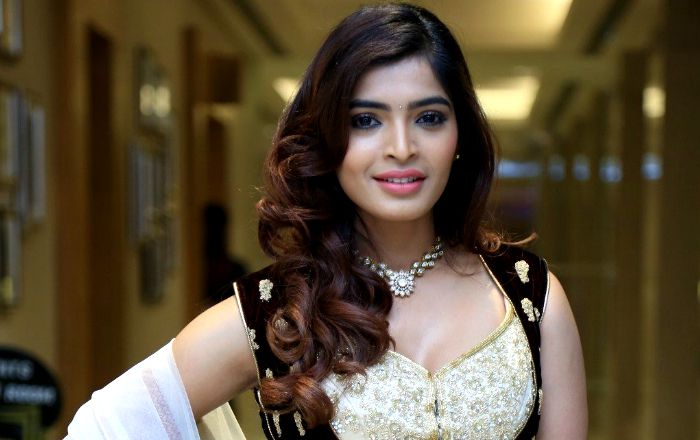 Sanchita Shetty is an Indian actress known for her roles as Shalini Gupta in  Soodhu Kavvum, Priya in Badmaash, and as Riya in Rum. She also played a leading role in the 2017 Tamil film, Enkitta Mothathe. With many films lined up for release, the actress has been on the rise in the entertainment industry with no signs of stagnation.

Sanchita Shetty was born on the 7th of April 1989, in Mangalore, Karnataka, India. She is currently 33 years old.

Not much is known about her personal life. After graduating from school, she earned a B.Com degree from a reputed institution.

Sanchita is very reluctant to talk about her private life which makes it difficult for us to say anything about her love life and dating history either.

Sanchita Shett was seen in the Kannada hit film Mungaru Male, in which she played the role of a friend to the film’s female lead, Pooja Gandhi.

Her first leading role was in Nalan Kumarasamy’s black comedy Soodhu Kavvum in 2013. She played the role of an imaginary girl called Shalu / Shalini Gupta alongside Vijay Sethupathi.

She hasn’t appeared in TV series yet.

Having played the roles of Ammu in Thillalangadi and as Shalu in Soodhu Kavvum.

Even though her mother tongue is Tulu, she is proficient in Kannada, Tamil, and English.

After appearing in strings of supporting roles, she got her first breakthrough after starring in the female lead role in Soodhu Kavvum.

Her celebrity crush is Mohanlal.

In 2017, she ran into controversies when an alleged scandal video of her was leaked by singer Suchitra, under SuchiLeaks. She responded by stating that it was not her in the video, and maybe a lookalike of her.