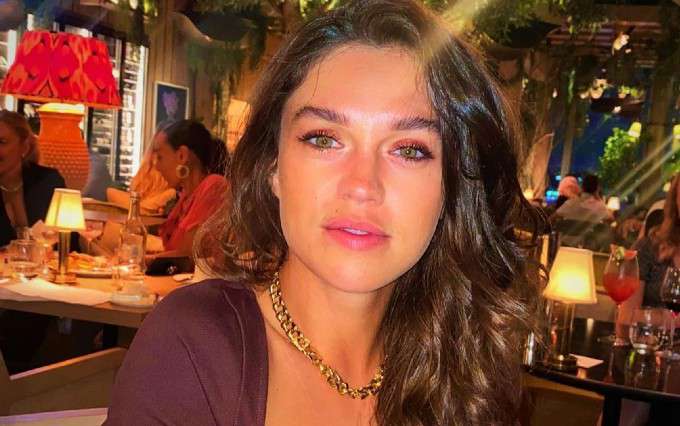 Sabrina Bartlett is an English actress who first came to public attention following her portrayal of Katie in the BBC One World War I television drama The Passing Bells. Her other major roles came with such TV series as Poldark, Da Vinci’s Demons, and Victoria. Most recently, she landed series regular in Bridgerton and The Larkins and played Princess Isabella in the TV series Knightfall. Her film credits include The Crossing, Respite, and Virtuoso.

When it comes to her family life, not much is known right now, except that she was raised alongside three siblings. She was schooled at Tring Park School for the Performing Arts in Hertfordshire. She then graduated from Guildford School of Acting in 2013.

Sabrina Bartlett hasn’t talked too much about her love life as she prefers to stay away from the spotlight. She has been in a relationship with English actor Tom Greaves for years now.

The English beauty launched her career back in 2014 with the TV show Suspects where she appeared in an episode of the show, playing the role of Hannah Stevenson. Since then, she had appeared in a number of TV shows including The Passing Bells. Poldark, Da Vinci’s Demons, and Game of Thrones.

While the net worth of Sabrina is not known at the moment, we can surely say that she was paid hefty paychecks for her major roles in TV shows Bridgerton and The Larkins that went on to air in 2020 and 2021 respectively.

She spent her early life with her family residing between London and the English coast.

Sabrina got her big break in 2014 with the TV show Suspects.

In 2016, she landed a minor role on Game Of Thrones, in which she portrayed Arya Stark’s Disguise in one of the episodes.