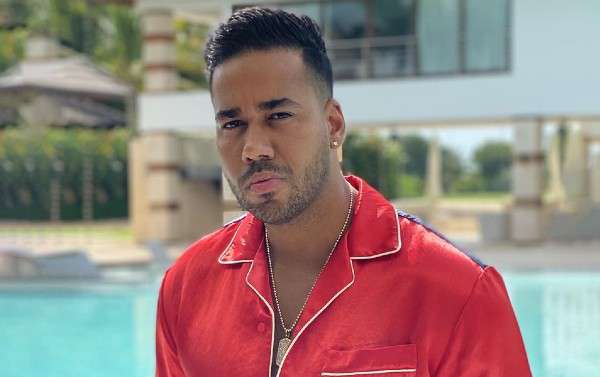 Romeo Santos is an American singer, songwriter, and actor of Dominican and Puerto Rican descent. He burst to mainstream success as the lead member of the bachata group, Aventura. The boy band, which, specializes in Latin pop, is very popular in Latin American countries as well as in some of the European counties.

Ever since he embarked on a solo career in 2011, he is responsible for several chart-topping songs, including “You” and “Promise”. The Latin musician has released four solo albums so far, with all of them topping the US Latin Albums chart. Here’s everything you need to know about the bachata singer.

He is of Dominican and Puerto Rican descent.

Although the Latin singer keeps his love life under wraps, he has a son named Alex Damian Santos with an unidentified woman. It looks like that they were in a relationship during his teenage years and he was just 17 when he became a father to Alex.

He has two sons with his longtime girlfriend Francelys Infante.

As a former lead member and vocalist of the bachata group Aventura.

As of 2023, Romeo Santos has a net worth of $30 million, which he earned through his album sales, music tour, and endorsements.

He developed a strong liking for music at a young age upon signing in a local church choir.

A born talent, he received praise from the members of the church that not only boosted his confidence but has also led him to pursue a music career.

In 1996, he formed a boy band called Aventura with cousin Henry Santos and brothers Lenny Santos and Max Santos.

The group’s single “Obsesión” was their most successful single that topped the music charts in various countries, including France, Germany and Italy.

In 2011, he left the group to get his start as a solo artist and released his first album “Formula, Vol. 1” on November 8, 2011. The album charted at number 9 in the Us Billboard 200 and reached atop the Latin Albums chart. The lead singles “You” and “Promise” peaked at number one on the Hot Latin Songs and Tropical Songs charts.

His first major acting appearance was in the Hollywood film Furious 7, in which he starred alongside Vin Diesel, Dwayne Johnson, and Paul Walker.

He has toured across the United States with the arrival of each albums.

He lent his voice to the character Early Bird in the 2016 film The Angry Birds Movie.