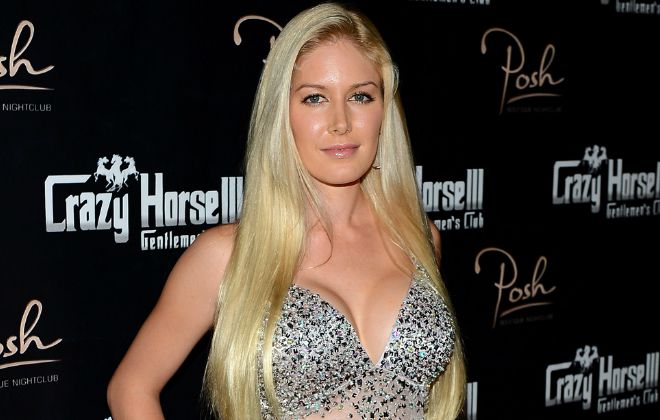 Heidi Montag is a famous American television personality, singer, and fashion designer who gained fame after her appearance on the MTV reality television series The Hills. The show chronicled the lives of Conrad, Montag, and their common friends Audrina Patridge and Whitney Port. She released her debut album Superficial in 2010. She has competed in Celebrity Big Brother twice and has always been in the media spotlight over the course of her career.

Heidi Montag is the middle of three children to parents, Darlene and Bill Montag. She has two siblings. Her older sister, Holly, is also a reality television personality, and her younger brother is named Sky. Her parents divorced when she was young and not long after the divorce, her mother married Tim Egelhoff.

Heidi has Irish and German ancestry. She attended the Academy of Art University in San Francisco for one semester and then briefly attended the Fashion Institute of Design & Merchandising in Los Angeles, California.

Heidi Montag married her The Hills co-star Spencer Pratt on November 20, 2008. They had their wedding ceremony on April 25, 2009, in Pasadena, California. The couple together welcomed their first son, Gunner Stone, on October 1, 2017.

Heidi Montag made her onscreen acting debut in Dennis Dugan’s 2011 comedy-drama film, “Just Go with It”, playing her role as Kimberly. This was the only film she had acted ever in her successful showbiz career.

In 2005, she had a recurring role as herself in the MTV reality show, “Laguna Beach: The Real Orange County”. She has appeared in four episodes of the second season of the series.

Montag released her debut studio album, “Superficial” on digital platforms in 2010. The album received negative reviews from people and critics. The album cost her around $2 million in production it but she didn’t recover a bit of it.

She has done endorsement work for brands like Chanel, Taco Bell, and her own fashion line Heidiwood. She has even modeled for Playboy.

Heidi’s net worth is estimated to be around $500 thousand dollars in 2023.

In 2009, she released her two EPs “Wherever I Am” and “Here She Is…”, of which the former included the song “More Is More”; debuting at number 50 on the US Billboard Hot Dance Club Songs chart, it became her first and the only song to chart in the country.

She launched her own clothing line called Heidiwood in April 2008.

She’s often criticized for undergoing multiple cosmetic surgeries. In 2013, she underwent breast enlargement surgery, which resulted in severe health issues, and she had to undergo breast reduction surgery to get rid of the problems.

While pursuing a fashion course at the Fashion Institute of Design & Merchandising, she got a job at Bolthouse Productions, an event planning company. She eventually left her studies. However, she was fired from the company after having been caught drunk during work.

In 2011, Montag was featured on the television series Famous Food, where she and several celebrities competed for a restaurant partnership.

Her first live performance at the 2009 Miss Universe competition had only attracted negative criticisms from media.