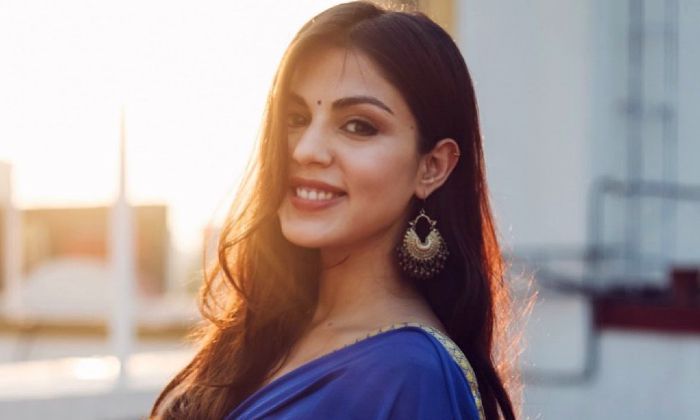 Who is Rhea Chakraborty?

Rhea Chakraborty is an Indian actress, TV personality, and VJ who probably shot to prominence for playing Jasleen in the 2013 comedy film Mere Dad Ki Maruti. Prior to starting her career as an actress, Rhea worked as a VJ for MTV during which she hosted several popular shows, including Pepsi MTV Wassup, TicTac College Beat, and MTV Gone in 60 Second.

Her notable acting credits include Tanya in Dobaara: See Your Evil, Sonali Dattaram Tandel in Sonali Cable, Aisha in Jalebi, Nidhi in Tuneega Tuneega, Gayatri Ganguli in Bank Chor, and Anshika in Half Girlfriend. In 2020, she made headlines when she was linked to late actor Sushant Singh Rajput’s suicidal death.

For her education, she attended and graduated from Army Public School Ambala Cantt, located in Ambala.

Rhea Chakraborty was in a relationship with late Bollywood actor Sushant Singh Rajput from 2019 to 2020. They started dating shortly after meeting at a party in April 2019 and moved in together in December 2019. She allegedly broke up with him and moved out from her boyfriend’s place a week before he killed himself at his home in Bandra, Mumbai.

Despite some early interest in her as a model, Rhea put her education first and after completing her schooling, she moved on to focus on her modeling career. In 2009, she participated in MTV India’s TVS Scooty Teen Diva and was named the first runner-up.

After her stint on the show, she did some commercials for major brands and then successfully auditioned for a VJ at MTV Delhi. Though she only worked for a brief period of time, she hosted several shows, including Pepsi MTV Wassup, TicTac College Beat, and MTV Gone in 60 Seconds.

Rhea’s acting debut came in 2012 when she was cast in the Telugu film Tuneega Tuneega, playing the role of Nidhi. The following year, she made her Bollywood debut with Mere Dad Ki Maruti as Jasleen. She has since appeared in films such as Dobaara: See Your Evil, Half Girlfriend, Bank Chor, and Jalebi.

Sushant Singh Rajput’s death sparked a debate about nepotism and bad practices in the Bollywood film industry. Amid ongoing outrage on social media, Rajput’s father accused Rhea and his family of their involvement in Rajput’s death. He went on to file a police complaint against them on several charges, including abetment of suicide, wrongful restraint, wrongful confinement, theft, and criminal breach of trust with Patna Police.

Shortly after the Central Bureau of Investigation (CBI), India’s top investigating agency took over the case, and several other agencies, including Narcotics Control Bureau (NCB), and Enforcement Directorate (ED) followed suit. Besides, she also faced media trials as several national television channels had a continuous run on conspiracy theories linking her to Rajput’s death as well as dragged her in their prime-time debates.

Since his death, Rhea Chakraborty has found herself at the center of a vicious hate campaign led by some of India’s most high-profile journalists and social media trolls.

According to recent reports, Rhea Chakraborty has a net worth of less than 15 lakh. However, she owns two expensive properties in Mumbai with their combined worth being estimated at over 1.5 crores. She also owns a Jeep Compass. In addition, she is one of the directors of Sushant’s two companies along with her brother Showik.