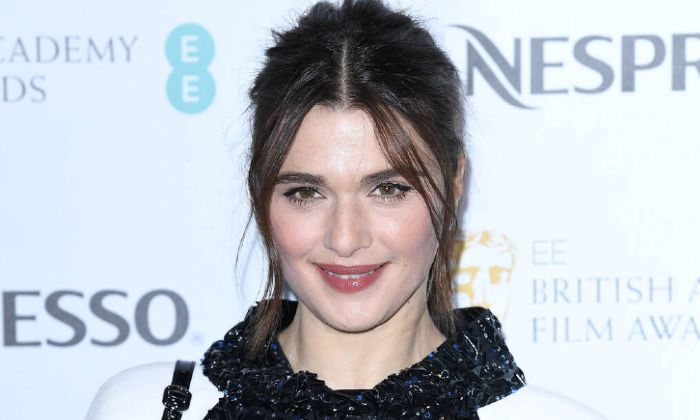 Rachel Weisz is an award-winning English actress who has basically done it all her decades in the spotlight, thanks to her mind-blowing performance in both films and television. From appearing on stage and television to acting in movies such as The Constant Gardener, The Bourne Legacy, The Deep Blue Sea, and The Favourite, Rachel has proved to the world what one can do if one sets their sights on a goal and refuse to give up. She has won many prestigious awards in her illustrious acting career including an Academy Award, a Golden Globe Award, and a British Academy Film Award. Besides all her accomplishments, she’s also featured in reputed magazines like Esquire, InsideKENT, and Vogue.

Rachel is the daughter of George Weisz, a Hungarian-born inventor, and Edith Ruth (née Teich), an Austrian-born psychotherapist. Her father was born into a Jewish family while her mother was from a family with a Roman Catholic background. She has a younger sister named Minnie Weisz, who is a visual artist.

She was raised in Hampstead Garden Suburb and attended North London Collegiate School, Benenden School, and later graduated from St Paul’s Girls School. Weisz studied English at the prestigious Trinity Hall, Cambridge from where she graduated with a Bachelor of Arts degree with second-class honors, upper-division.

When it comes to her personal life, Rachel Weisz has had dated many men. In 2005, she got engaged to American film director, screenwriter, and film producer, Darren Aronofsky, and welcomed their son, Henry Aronofsky the following year. They ended their 10-year relationship in 2010.

In December of that year, she was seen going out with her longtime friend and her Dream House co-star, Daniel Craig. Soon after they made their romance public, they got hitched on 22 June 2011 in a private New York ceremony. The couple welcomed their first child together, a daughter in September 2018.

Rachel Weisz launched her career very young after being discovered at just fourteen years old. She started off with modeling and forayed into television in her early twenties. It didn’t take long for her to get on the radar and landed her first breakthrough role in the film The Mummy, where she played Evelyn Carnahan, an English Egyptologist, opposite Brendan Fraser. Her performance in the movies earned the critical acclaim that eventually led her to reprise her role in the sequel The Mummy Returns in 2001.

Her next major landmark role was in Fernando Meirelles’s 2005 film The Constant Gardener. Based on John le Carré thriller set in the slums of Kibera and Loiyangalani, Kenya, Weisz portrayed the character of Tessa Quayle, an activist, which earned her many awards including the Academy Award for Best Supporting Actress, the Golden Globe Award for Best Supporting Actress, and the Screen Actors Guild Award for Outstanding Performance by a Female Actor in a Supporting Role.

Her other noteworthy films include The Bourne Legacy, Oz the Great and Powerful, The Deep Blue Sea, The Favourite, Enemy at the Gates, Constantine, The Lovely Bones, The Fountain, and About a Boy.

Without a doubt, this American-British actress has forged a place for herself in Hollywood, thanks to her gorgeous looks and brains. Rachel’s life is already a success story. Her passion for performing can be seen in everything that she does.

From co-founding a student drama group called Cambridge Talking Tongues while at Cambridge, to winning an Oscar, Rachel Weisz has illustrated the importance of taking risks and pushing one’s limits. Collectively, her efforts have helped her gain a net worth of a whopping $40 million. That’s not at all a surprise when you look at her career and all she has accomplished.

Her early claim to fame was that of Gilda in Sean Mathias’s 1994 revival of Noël Coward’s Design for Living at the Gielgud Theatre, which earned her the London Critics’ Circle Award for the most promising newcomer.

She was named the global ambassador of L’Oreal in 2010.

She has made it to the covers of several publications like Vogue and also featured in Stuff’s “102 Sexiest Women in the World” list in 2002 and Empire’s “100 Sexiest Stars in Film History” in 2007.