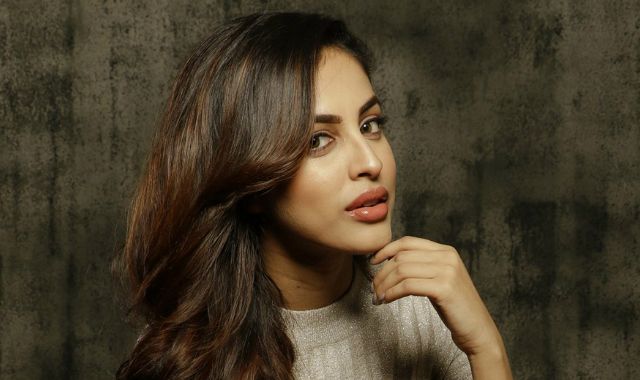 Priya Banerjee is a Canadian actress of Indian origin. Born and brought up in Calgary, Canada, Priya began her career as a model and won the Miss Photogenic Award in 2011.

After a brief stint in television, she moved to India to try her luck in Bollywood, who is now an acclaimed actress. Banerjee has starred in movies like Dil Jo Na Keh Saka, Chithiram Pesuthadi 2, and Hume Tumse Pyaar Kitna.

In addition to mainstream movies, she has also done web series, including the likes of Hello Mini, Twisted 3, and 11th Hour.

She completed her schooling and university in Canada. She graduated with a degree in international marketing and computer science in 2012.

She hasn’t dated anyone publicly.

Priya first starred in a Telugu film titled Kiss in 2013 as Priya alongside Adivi Sesh. Her first leading role in Tamil was Nanditha in the film Ula, in which Dwayne Bravo also performed an item number.

She worked as a TV host on a local Canadian channel.

She was obsessed with acting since her early age and struggled a lot along her showbiz journey.

She contested at the Miss World Canada in 2011 and was declared Miss Photogenic title.

Priya is also a trained Kathak and Rabindra Sangeet (classical music) artist and performed in shows in Canada.

After completing her degree in 2012, she moved to India where she enrolled at  Anupam Kher’s Actor Prepares academy to study acting.

She has associated with stars like Varun Dhawan and  Parineeti Chopra for WeChat commercial.

Currently, Priya Banerjee was cast in the web-series titled, ‘Social’, where she an aspiring actress, who saves many people from the evils of Internet alongside Telugu actor Rana Daggubati.

Priya Banerjee won the fashion icon of the year at the 3rd Perfect Achievers Awards in 2018.