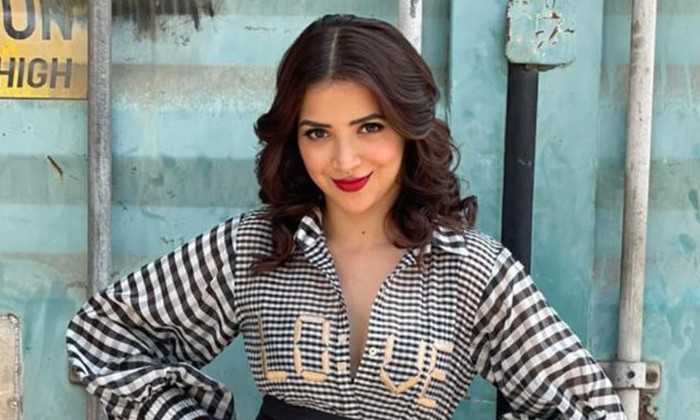 Plabita Borthakur is an Indian actress and singer who gained nationwide popularity for her portrayal of Ayesha in the Netflix original series Bombay Begums. She has also been a part of web series such as Breathe: Into the Shadows and What’s Your Status. Her film credits include PK, Big F, Fuh Se Fantasy, Waah Zindagi,and Doosra.

Plabita Borthakur was born on the 17th of June 1992, in Duliajan, Dibrugarh, Assam, India. She is the daughter of Probin Borthakur, an engineer and classical singer working with Oil India Limited, and Rina Borthakur, a writer and poet.

She has two older sisters, Parineeta Borthakur and Priyangi Borthakur, both of them are well-known actors. After completing her formal education, she did a diploma in acting at Barry John Acting Studio, one of the prestigious acting studios in Mumbai.

When it comes to Plabita’s personal life, the actress prefers to keep that aspect of her life to herself while maintaining a low-profile. Based on her social life, it is safe to say that she’s single, at least, for now. Additionally, she is not likely looking for a relationship, as she is still young and focused on developing her acting career.

Plabita Borthakur got her start in the Indian entertainment industry in 2014 when she landed a part in the satirical comedy-drama, PK, starring Aamir Khan in the titular role alongside Anushka Sharma, Sushant Singh Rajput, and Saurabh Shukla. She received widespread attention for her playing Anushka’s sister in the film that eventually went on to become one of the highest-grossing movies with a worldwide gross of whopping US$140 million.

On the heels of her success with PK, she began to land more such roles in movies such as Big F, Lipstick Under My Burkha, and Fuh Se Fantasy. It took a while for her to get on the radar though she earned her first web series credits on What’s Your Status.

Two years later, she got her mainstream breakthrough when she played Meghna Verma in the Amazon original series Breath: Into the Shadows. The year 2021 has been a breakthrough year for her, so far, with her landing major acting gigs, including Netflix’s Bombay Begums, where she brought Ayesha to life. The series that follows the lives of five women living in the city of Mumbai has Pooja Bhatt, Shahana Goswami, and Amruta Subhash in the leading roles.

Throughout her acting career, she has earned some huge checks, thanks to Waah Zindagi and Doosra. All of her works have certainly added up in a lot of ways, particularly her bank account. With several acting credits under her kitty, it is safe to say that the actress is swimming in dough.

She has appeared in a number of television commercials for brands like Paytm, Paper Boat, Flipkart, and Tata Sky before venturing into acting.

Also a singer, she’s a part of a band called Manu and Chow.

She is a dog lover and has two dogs as pets.

She can be next seen in Homecoming and Escape Life.