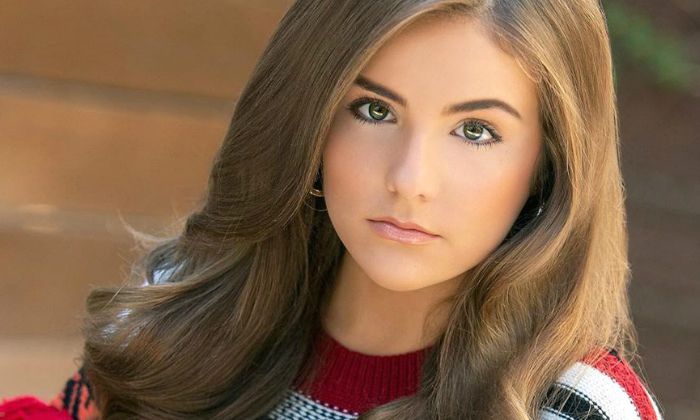 Piper Rockelle is an American YouTuber, actress, dancer, singer, and social media personality from Atlanta, Georgia. She has achieved huge fame and success at a very young age, thanks to her infectious smile and engaging content that she uploads to her self-titled YouTube channel, where she’s got over 4.8 million subscribers. She gained popularity on TikTok (Previously Musical.ly), where she currently has 3 million followers. On YouTube, she uploads videos covering various topics including challenges, pranks, DIY, and makeup tutorials. Besides all this, Piper is also a passionate actress and has appeared in Chicken Girls, Piperazzi and Mani.

Piper Rockelle was born on the 21st of August 2007, in Atlanta, Georgia, United States of America. She is currently 14 years old.

Talking about her personal life, very little is known regarding her parents, childhood, and education as she hasn’t talked much about it. Her mother’s name is Tiffany Rockelle. She has two brothers Hunter Ray Hill and Tyler Ray Hill. Her brother Hunter is also a social media influencer, cinematographer, and director. Information regarding her biological father is unknown.

The young beautiful lass should be going to school right now but there’s no trace of her education history. However, some sources have claimed that she pursues education through homeschooling.

Although Piper is too young to get into a romantic relationship, however, it is speculated in some quarters that she’s dating dancer Lev Cameron Khmelev since 2019.

She was previously in a relationship with actor, dancer, singer, YouTube star, and social media personality, Gavin Magnus.

She released her second single “Treat Myself” in November 2019 and its accompanying music video, which was released on her channel, has already garnered over 8 million videos in less than three months.

Like many other social media influencers, Piper Rockelle uses social media to promote herself as well as to stay in touch with her legion of social fans. She jumped onto the social media bandwagon back in 2016 when she was just nine years old and joined Musical.ly (now TikTok). She has since gained over 3 million followers on the short video-sharing app that eventually brought her to the limelight.

Later that year, she launched an eponymous YouTube channel and she specializes in making challenges and boyfriend pranks videos. Besides that, she also uploads DIY, make-up tutorials, vlogs, hauls, and many more. Her channel has since accumulated over 4.6 million subscribers.

You can find her on Instagram @piperrockelle, which currently has over 2.6 million followers.

According to sources, Piper Rockelle’s net worth, as of 2023, stands at 1 million dollars. With no doubt, the majority of her earnings come from social media in the form of YouTube ad revenue, sponsorships, endorsements, and merchandise sales.

She got interested in performing arts at a very young age and learned to dance as well as to sing.

She participated in beauty pageantry as young as four years old and also did a few modeling gigs before launching her social media career.

On TikTok, she has covered songs of artists like Doja Cat, Joji, and Ray J, among many others.

Piper has appeared in Gavin Magnus’ music video of the song “Crushin”.

In addition, Piper has also appeared in short films such as Dark Eyes and Sitting in the ’80s in 2019.

She has a dog named Frank.

Piper’s fans are referred to as the #Piperazzi.

She is also an aspiring gymnast.