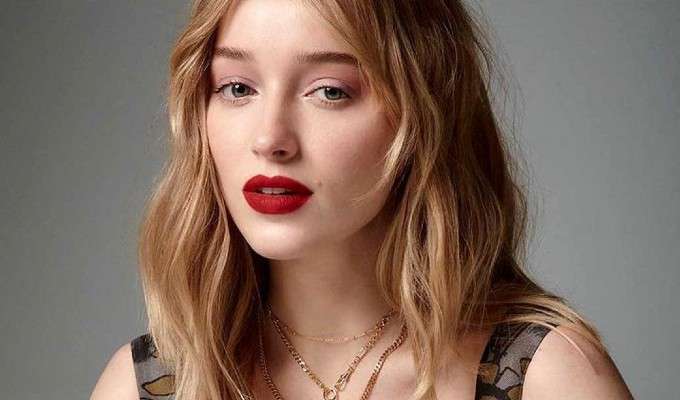 Phoebe Dynevor is a British actress who has been acting for several years now. She got her first break on BBC’s Waterloo Road and went on to appear in major productions such as Dickensian, Snatch, and Younger. In 2020, she landed a recurring role in the Netflix series Bridgerton as Daphne Bridgerton. She became even more popular with the series that eventually made her a household name.

Phoebe comes from a family of actors. Her father, Tim Dynevor, is an acclaimed writer, actor, and television personality. Her mother is a famous actress who goes by the name Sally Dynevor. She is most famously known for her role as Sally Webster on Coronation Street. She has two younger siblings: Samuel Charles Rhys Dynevor and Harriet Fleur “Hattie” Dynevor.

She went to Oakfield Nursery School in Altrincham, and then Cheadle Hulme School in Stockport. Even though she got into acting at a young age, she was good in her academics too. She gained an A and two Bs in her A-Levels.

She was previously in a relationship with actor Sean Teale.

Thanks to her parts in major productions, including Bridgerton, Phoebe Dynevor has an estimated net worth of $1 million, as of 2022.

She followed her parents’ footsteps and launched her acting career at age 14 with the British drama series Waterloo Road.

Phoebe stars alongside Sutton Foster, Debi Mazar, and Hilary Duff in the television adaptation of the novel Younger by Pamela Redmond Satran.

Her most recent acting role is as Daphne Bridgerton in the Netflix series Bridgerton. Daphne is the fourth child and eldest daughter of the Bridgerton family. She impressed the audience with her breezy performance a nd quickly became a fan favorite.

She can be seen as playing the character of Clarice Cliff in her first major movie, The Colour Room, starring Matthew Goode and David Morrissey.