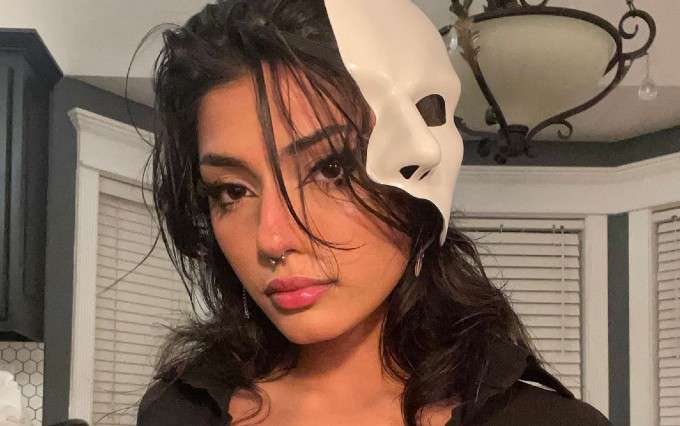 Of Palestinian and Indian ancestry, the 18-year old TikTok sensation has been taking the internet by storm with her captivating dance and lip-sync content. With over 8 million followers on the short video-sharing app, she’s dominating the space. In addition to being recognized as a TikTok star, she’s also known to be a social media personality with tens of thousands of followers across social media platforms. On Instagram, the young budding content creator has amassed more than 400 thousand followers. Here’s everything you need to know about Noor Dabash.

She is of mixed descent, with part Indian and part Palestinian.

There’s not much to share regarding her parents or her early life. Although details about her family are currently not available, she has an sister named Diya. Thye both grew up together in their hometown of Alberta.

The Canadian beauty, Noor Dabash, has been in a relationship with Bryce McKenzie, who’s also a TikTok star and content creator. They began dating in 2020.

Just like other TikTok celebrities, Noor Dabash gained popualrity on TikTok by posting vial content on TikTok, Her channel mostly features dance videos and lip syncs and she has expanded so far beyond the app. Noor has already cemeted herlsef a name on social media. Her channel has quickly rose to the top of the ranks, garnering more than 8 millon fans and 350 million likes. She’s one of the highest-paid creators on the app and it is estimated that she makes a hefty money through sponsorships and advertisements.

The TkTok star launched her YouTube channel in April 2020, and has since ammased some 30 thousand people as subscribers.

Growing up, she was actively in sports, and played volleyball in her youth.

She has also colloborated with other TikTokers, including the likes of Dixie D’Amelio and Charli D’Amelio for a dance video that helped her attract a ton of followers during the early stage of her career.

Noor posts primarly makeup tutorials and get ready with me videos on her self-titled YouTube channel.

She has colloborated with fellow TikTok star Noen Eubanks for a duet video.

She is close friends with social media personality, singer, and songwriter Xobrooklynne.