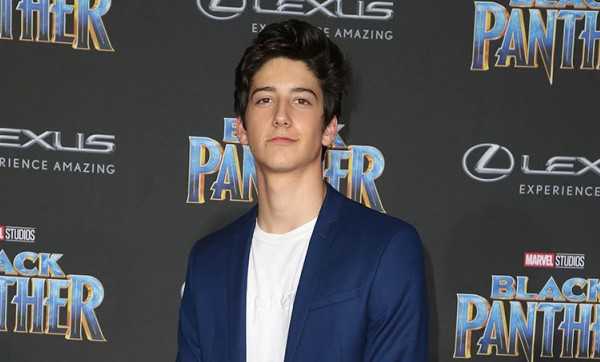 Milo Manheim is an American actor. He burst into the spotlight for playing Zed in the 2018 Disney Channel Original Movie Zombies and reprised the role in its 2020 sequel Zombies 2. He will play his part in the third sequel of Zombies as well.

In 2018, he competed on season 27 of Dancing with the Stars with professional dancer Witney Carson and finished runner-up. Rumors sparked that he was dating his co-star Meg Donnelly after they acted in American Housewife and Zombies together, But they both refuted the claims.

Jewish. He had his bar mitzvah in a secular Jewish community school.

Milo studied at the Crossroads School in Southern California.

The Zombies actor hasn’t spilled beans about his relationship status. He has kept his love life under wraps since breaking into the spotlight.

As he hasn’t confirmed who is his girlfriend now? There have been a lot of speculations surrounding his love life. In 2018. he was said to be dating actress Holiday Kriegel but the duo never confirmed nor denied their relationship. Later that year, it was reported that the two broke up.

Milo has been acting since the age of six. He took stage roles at a young age and has appeared in more than 20 different musicals with Liza Monjauze Productions.

His performance in the musical “Generation Me” earned him the “Best Leading Actor” at the 2017 New York Musical Theatre Festival.

Milo made his onscreen debut with a minor role in the TV show Ghost Whisperer and went on to star in much-lauded projects like Zombies and American Housewife.

Apart from acting, Milo has appeared in reality shows like Dancing with the Stars and Celebrity Family Feud.

His parents were very supportive of his career decisions. When he expressed his desire to become an actor, they immediately put him in an acting school and even insisted he learns music.

He started training in music when he was a little boy and now plays guitar, drums, piano, and ukulele.

He was scouted by casting director Amber Horn while he was performing in the musical Rent.

His mother Camryn Manheim is an actress, who is known for the movie The Practice.