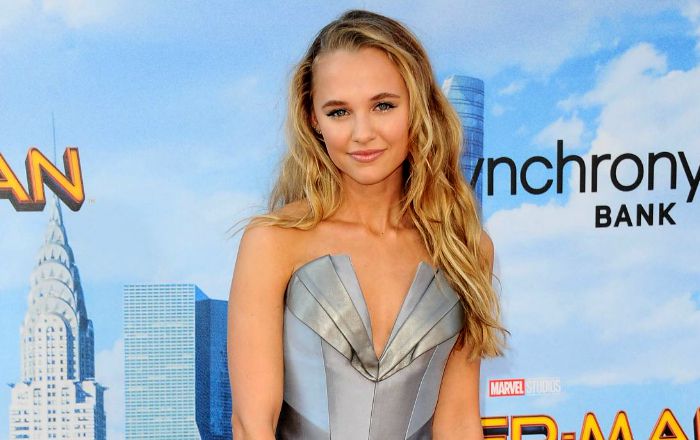 Madison Iseman is an American actress who played the main role of Charlotte on the CMT comedy television series Still the King (2016). She hosted a TV series documentary called Mahomie Madness. Iseman has guested on Modern Family and Henry Danger. She played Bethany in the adventure movie Jumanji: Welcome to the Jungle, starring Dwayne Johnson, Karen Gillan, and Nick Jonas. Her other notable acting credits include Sarah Quinn in Goosebumps 2: Haunted Halloween, and Mary Ellen in Annabelle Comes Home.

Madison Iseman is the daughter of Susan Iseman and John Iseman. She has an older brother named Jonathan Iseman.

She attended and graduated from Myrtle Beach High School in 2015.

Madison Iseman has been in a relationship with singer Spencer Sutherland since the summer of 2015.

In 2013, Iseman made her onscreen acting debut in the family drama movie, Second Chances, in which she played the role of Charity.

In 2014, Madison first appeared on ABC’s Modern Family, playing the role of Sam.

She is famous for her role as Bethany Walker in the action-adventure movie, Jumanji: Welcome to the Jungle, which had Dwayne Johnson, Kevin Hart, Karen Gillan, and Nick Jonas in the leading roles.

She has featured in several TV commercials, including Hyundai’s Elantra GLS.

Madison Iseman has an estimated net worth of $1 million US dollars.

She knew she wanted to be an actress from a very young age and received her first acting offers when she was just 13 years old but turned them down as she wanted to complete her high school first.

Soon after graduating from college, she moved to Los Angeles with her mother where she lived for more than a year.

She gave multiple auditions for her role in Still the King that consumed several months.

In her teens, she was briefly interested in becoming an editor instead of an actor.

Her celebrity crush is Ryan Reynolds.

Her beauty secret is heavily inspired by Jennifer Aniston.

In 2021 she starred in I Know What You Did Last Summer, playing the role of twin sisters as Lennon Grant/Alison Grant, which premiered on Amazon Prime Video on October 15, 2021.