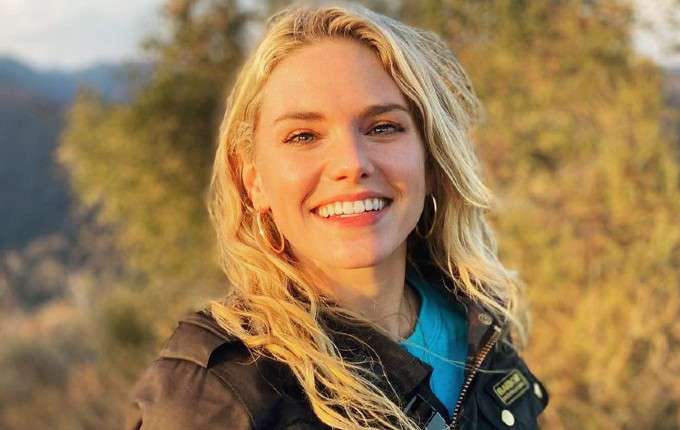 MacKenzie Mauzy is an American actress who is perhaps best known for her starring roles as Phoebe Forrester on The Bold and the Beautiful and as Lizzie Spaulding in Guiding Light. She began her career young on stage that really launched her acting career. In 1998, she won her first award for her role as Annie Warbucks in the production of Annie at Showtimes Theatre in Roanoke, Virginia.

She had guest roles in TV shows such as Law & Order, NCIS: Los Angeles, Gone, The Good Fight, and NCIS: New Orleans. She has a very impressive listing of acting credits. That’s not at all a surprise for someone who’s been in the business for more than twenty years. Here’s everything you need to know about MacKenzie Mauzy.

She has English, German, Scottish, Irish, and Welsh ancestry.

MacKenzie and her two siblings were raised in Lancaster, Pennsylvania by her mother Kimberly White Mauzy. The name of her father is not known. She has two siblings: Courtney Mauzy, and Shelton Mauzy.

MacKenzie Mauzy was married to ctor, and former American Idol contestant, John Arthur Greene from 2012 to 2015.

She started dating actor Scottish actor and entrepreneur Sam Heughan in 2017. The duo broke up in 2018.

MacKenzie has been acting in show business since the late 1990s. She began her career as a stage actress by appearing in theatre productions of A Christmas Carol, Snow White, and Macbeth. She broke into the acting space in 2000 with the TV show Guiding Light, starring in the recurring of Lizzie Spaulding.

Since those early roles, she has enjoyed much success as an actress. In 2006, she landed her first major role in the CBS daytime soap opera The Bold and the Beautiful, starring Heather Tom and Jennifer Gareis. She played the role of Phoebe Forrester from 2006 to 2008.

Mauzy was cast in the recurring character Abigail in the ABC television drama series Forever between 2014 and 2015. That same year, she was cast in the musical fantasy film Into the Woods, in which she co-starred with Meryl Streep, Emily Blunt, James Corden, Anna Kendrick, Christine Baranski, Billy Magnussen, Johnny Depp, and others.

In her extensive acting career, she has acted in a number of TV shows and stage productions. Some of her notable works include CSI: NY, Law & Order, Drop Dead Diva, Bones, Gone, The Good Fight, and NCIS: New Orleans.

As of 2023, MacKenzie Mauzy has an estimated net worth of $2 million. Having achieved a lot of success than most women her age, Mauzy has proven that all it takes to be a successful actress is passion and talent. She’s already an established actress in the entertainment industry. There’s no doubt that she will continue to have a thriving career as well as expect her net worth to rise.

She was raised in Lancaster, Pennsylvania.

Growing up, she developed a strong liking for acting and took acting classes to hone her skills.

She got her start with theatre and is known for her appearances in A Christmas Carol, Snow White, and Macbeth.

She made her small screen debut as Lizzie Spaulding in the CBS soap Guiding Light in 2000.

In 2020, She appeared in the TV show NCIS: New Orleans, starring alongside Scott Bakula, Lucas Black and Zoe McLellan.