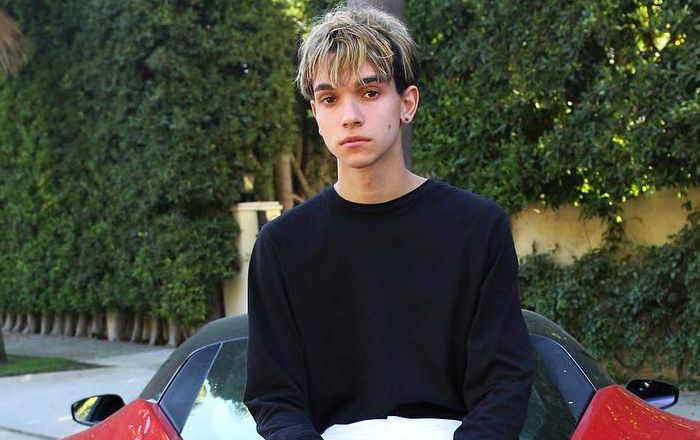 Lucas Dobre is an American dancer and YouTuber who rose to fame through the now-defunct video application Vine. He along with his twin brother Marcus has a YouTube channel called “Lucas and Marcus,” which has earned over 29 million subscribers. Besides, Lucas has a strong social media presence, of which particularly on Instagram, he has amassed more than 3.7 million followers.

Lucas Dobre was born on the 28th of January 1999, in Gaithersburg, Maryland, United States of America. He’s currently 24 years old.

Though he hasn’t explicitly revealed the brands that he has been working for, he makes use of his massive popularity on different social media platforms like YouTube and Instagram to promote brands and products.

Lucas has an estimated net worth of $1 million dollars.

He and Marcus first gained fame on the 6-second video app Vine, where they had more than 1.8 million followers before it shut down.

He is a highly skilled dancer and that brought him much-needed fame in the online community.

Lucas has a lot of tattoos on his body identical to his twin brother Marcus.

Lucas is a good diver and swimmer.

They used to be a member of fellow YouTube star Jake Paul‘s Team 10.

In March 2018, the Dobre Brothers signed with Creative Artists Agency (CAA), one of the largest talent agencies in Hollywood.

In January 2022, they posted a death prank video on their channel which was criticized by many of his fans and even a suicide prevention charity named Suicide Awareness voiced against it. The brother did not take down the video and is still on their channel.

In August 2022, the brothers posted a YouTube short on their channel where Marcus pranks Lucas and his girlfriend Ivanita Lormeli, which went on to become the most disliked video on the platform.