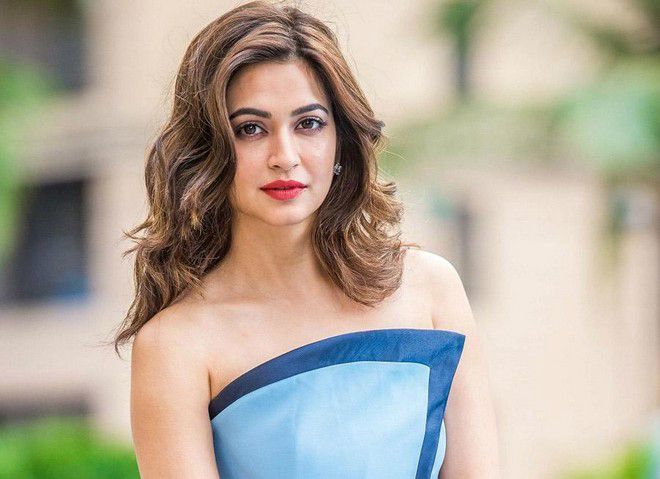 Kriti Kharbanda is an Indian film actress and model best known for her work in movies such as Googly, Super Ranga, Shaadi Mein Zaroor Aana, and Bruce Lee – The Fighter. She mostly works in Telugu and Kannada films besides acting in Bollywood films. The budding actress has an overwhelmed fan base on social media, especially on Instagram, on which she has over 7.3 million followers.

Kriti Kharbanda was born on the 29th of October 1990, in New Delhi, India. She is currently 31 years old.

She is the daughter of Ashwani Kharbanda and Rajni Kharbanda. Both her parents are entrepreneurs. Her younger sister, Ishita Kharbanda, is a Chartered Accountant, and her younger brother, Jaiwardhan Kharbanda is the Co-founder of Paper Plane Productions.

Kriti attended the Baldwin Girls High School for high school education and completed her 12th grade at the Bishop Cotton girl’s school, ISC. She then enrolled at the Sri Bhagawan Mahaveer Jain College, where she studied jewel designing.

Kriti Kharbanda is in a relationship with actor Pulkit Samrat, her co-star in the films Veerey Ki Wedding and Pagalpanti.

She was previously linked to actor-producer Sumanth Kumar in 2017. But she denied those claims and confirmed that they are just friends.

Kriti Kharbanda made her acting debut in 2009, playing Pragathi in the Telugu film Boni alongside Sumanth. The film met with negative reviews and was a disaster at the box office, but she received rave reviews for her stunning performance as a female lead in the film.

In 2010, she landed a lead role in the Kannada film, Chiru. Her Hindi debut came in 2016 when she was cast in Raaz: Reboot, a horror-thriller film. In 2017, she made her Tamil debut in the action comedy film, Bruce Lee, opposite GV Prakash Kumar.

In 2014, Kriti debuted on television with the reality show, Bigg Boss Kannada.

Her performance in the 2013 romantic comedy Googly and in the Kannada film Super Ranga opposite Upendra.

As a model, she has appeared in a number of ad campaigns and TV commercials for One Plus, Bodycraft Spa & Salon, Kalki Fashion, Samsung India, Yardley Perfumes, Fila India, Fair and Lovely, OPPO F5, Myntra, and Only India.

Kriti Kharbanda has an estimated net worth of over $1 million dollars. She charges a hefty amount as a salary for her work in movies. She lives in a luxury apartment in Bengaluru, Karnataka, India.

Her family moved to Bengaluru when she was four years old.

She began her modeling career at a very young age by appearing in TV commercials and print ads and continued to do modeling gigs in college.

Kriti was discovered by an NRI director Raj Pippala, who saw her photo on the Spar billboard and immediately offered a role in his film. She won the lead role in the Telugu film Boni after her successful audition.

She was ranked #1 on Bangalore Times’s “Most Desirable Women” list in 2013.

Her breakthrough role was Swati in the 2013 film Googly, which received a lot of appreciation and was praised by the critics. The film went on to become one of the highest-grossing films of the year in the Kannada film industry.

She’s a shoe lover and has over 150 pairs of shoes.

She earned nominations for Filmfare Award and SIIMA Award, both for Best Supporting Actress for her performance as Kavya in the Telugu film Bruce Lee – The Fighter.