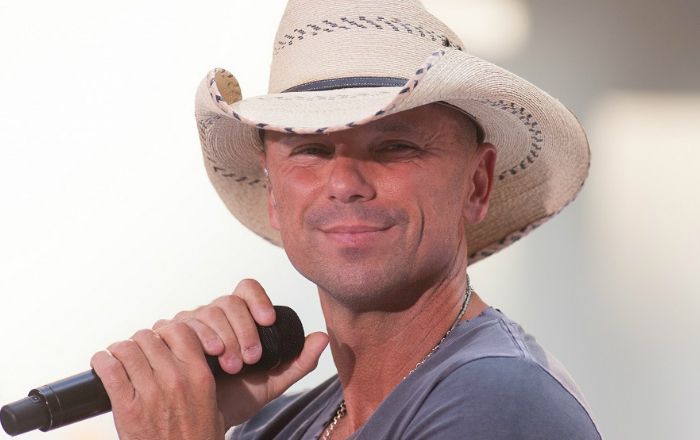 Kenny Chesney is a famous country music singer and record producer who has 20 albums to his credit, including Everywhere We Go, When the Sun Goes Down, The Road and the Radio, and Hemingway’s Whiskey. Among these, fourteen have been certified gold or platinum.

Chesney has produced around 40 top 10 singles and sold over 30 million records during the course of his career. As of 2022, Kenny Chesney has a net worth of $190 million dollars.

Kenny Chesney was born on the 26th of March 1968,  in Knoxville, Tennessee, United States of America. He’s currently 54 years old.

Kenny Chesney graduated from Gibbs High School in 1986. He then enrolled at the East Tennessee State University in Johnson City, Tennessee to study advertising where he was a member of the ETSU Bluegrass Program and the Lambda Chi Alpha fraternity and graduated in 1990.

Kenny Chesney has been in a relationship with Mary Nolan since 2012.

He had previously married actress Renée Zellweger on the resort island, St. John, in the U.S. Virgin Islands on May 9, 2005. However, their marriage didn’t last long, and got separated in September 2005. He was in relationships with Adrianna Costa, Jamie Hill Fuller, Amy Colley, and Jenn Brown.

Kenny Chesney released his debut album titled “In My Wildest Dreams” on 19 April 1994. He has released seventeen studio albums of which fourteen have been certified gold or higher by the RIAA.

He hasn’t appeared in any film yet.

Chesney guest appeared on the comedy music TV show The Tonight Show with Jay Leno in 2000.

Regarded as one of the most successful crossover country artists, forty singles have reached the top 10 on Billboard Hot Country Songs and Country Airplay charts, 29 of which have reached number one. Most of these have also charted within the top 40 of the US Billboard Hot 100.

As of 2022, Kenny Chesney has a total net worth of $190 million dollars, as of 2022. He owns several luxury estates across the country, including a $9.2 million dollar 1,000 square foot mansion in Franklin, a $7.9 million dollar lavish estate on the island of St. John in the Virgin Islands, and a $5.2 million beach house in Malibu.

In the early days of his music career, he performed at several local clubs in Nashville.

He learned to play guitar on his own from the guitar which he received as a Christmas gift. He named it “The Terminor”.

He has a dog named Puncho.

Chesney has won the Billboard Touring Award for Top Package Tour for five consecutive years between 2005 and 2009, and again in 2011.

In 2017, he offered his mansion on St. John in the U.S Virgin Islands for shelter to the victims of the Hurricane Irma tragedy.

On June 27, 2018, Chesney released his first album with Warner, entitled Songs for the Saints to critical praise.