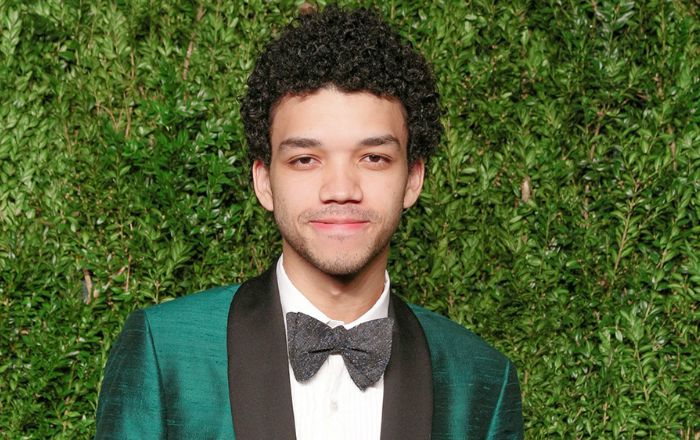 American actor who played Franklin Webb in the 2018 film Jurassic World: Fallen Kingdom. He reprised his role as Franklin Webb in the 2022 film Jurassic World Dominion. Smith first gained fame for his roles as Radar in the film Paper Towns and Ezekiel in the Netflix television series The Get Down. He is a queer. Some of his notable roles include Tim Goodman in Pokémon Detective Pikachu, Thomas in The Voyeurs, Chester in the TV series Generation, and Tom in Sharper.

Smith graduated from the Orange County School of the Arts in 2013.

On June 5, 2020, Justice Smith announced that he’s a queer and confirmed his relationship with actor Nicholas L. Ashe.

Justice Smith made his acting debut playing a boy at school in the 2012 film ‘Trigger Finger’.

Since then, he has appeared in half a dozen films in supporting roles, including ‘Paper Towns’, ‘Every Day’ and ‘Jurassic World: Fallen Kingdom’.

In 2014, Smith was cast in just one episode of the documentary television series, ‘Masterclass’.

His first breakthrough role was as Ezekiel Figuero in Netflix’s musical drama series The Get Down from 2016 to 2017. The show was canceled thereafter.

As of 2023, Justice Smith has an estimated net worth of $1 million dollars.

In his senior year of high school, he was ranked in the top 1% of young artists in the United States by the National Young Arts Foundation. He was honored by receiving a nomination for the U.S. Presidential Scholar of the Arts.

For his role in the musical drama series, ‘The Get Down’, he learned to rap from Kurtis Blow. In fact, he has music in his genes as her parents were musicians while her sister was a singer.

At the age of 15, Amith grabbed his first acting job in an Apple commercial.

Smith played the roles of a former IT technician and present systems analyst and hacker at Dinosaur Protection Group in the film ‘Jurassic World: Fallen Kingdom’.

Smith also appeared in New York, opposite Lucas Hedges, in the Off-Broadway stage production of Yen by playwright, Anna Jordan.

In 2020, Justice Smith starred as Theodore Finch in the teen romantic drama film, All the Bright Places, alongside big names such as Elle Fanning, Alexandra Shipp, Kelli O’Hara, and Virginia Gardner.

In 2022, Smith starred in the video game The Quarry as Ryan Erzahler, for which