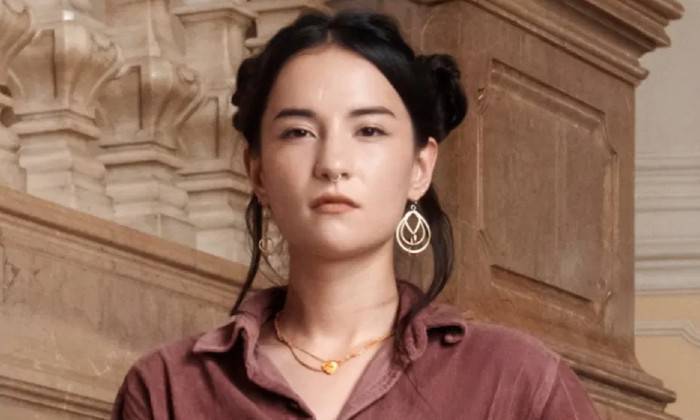 Jessie Mei Li is an English actress. She’s new to the acting game who’s been in the limelight ever since she landed the role of Alina Starkov on the new Netflix series Shadow and Bone. She stars alongside Anya Taylor-Joy, Thomasin Harcourt McKenzie, and Matt Smith on Edgar Wright’s psychological horror movie, Last Night in Soho, in which she played the role of Lara Chung. She brought to life the character of Claudia Casswell in a 2019 stage production of All About Eve.

Concerning her family and early life, Jessie hasn’t revealed too many details, except that her parents are of mixed ethnicity. Her father is Chinese while her mother is English and she has an older brother named Tom Li.

The young beautiful actress is very proud of her diverse heritage, and that may be the reason for her gorgeous looks. She was educated at Reigate College, Reigate, Surrey. She’s also studied acting at the National Youth Theatre in 2015. One year later, she joined the Identity School of Acting, where she trained acting part-time from 2016 to 2017.

While there’s a lot of information about Jessie’s acting career due to her popularity, there’s apparently none concerning his love life. She’s likely single as there are no credible sources to prove that she’s in a relationship or is married as well as a lack of evidence on any of his social media profiles

Jessie Mei Li began her career back in 2018 with a guest-starring role in an episode of the TV series entitled Strangers. From there, she landed roles in the stage play called All About Eve and played Christina Jocko on the series Locked Up Abroad.

But Jessie’s career didn’t take off until she landed the lead role of Alina Starkov on the fantasy series Shadow and Bone. Based on Leigh Bardugo’s bestselling Grishaverse novels, the series follows a young soldier who tries to save her land from a powerful, evil force with her newfound magical powers. She stars alongside the likes of Ben Barnes, Freddy Carter, and Amita Suman in the Netflix series, which is set to arrive on April 23, 2021.

Even though Jessie is new to the acting world, she has already landed major roles in projects like Shadow and Bone and Last Night in Soho. She has had a multitude of jobs in just three years and it’s safe to say that she would have earned decent paychecks from these projects. Expect her net worth to skyrocket soon because she’s just getting started.

While in college, she studied different languages.

Jessie has over 50 thousand followers on her Insatgram account.