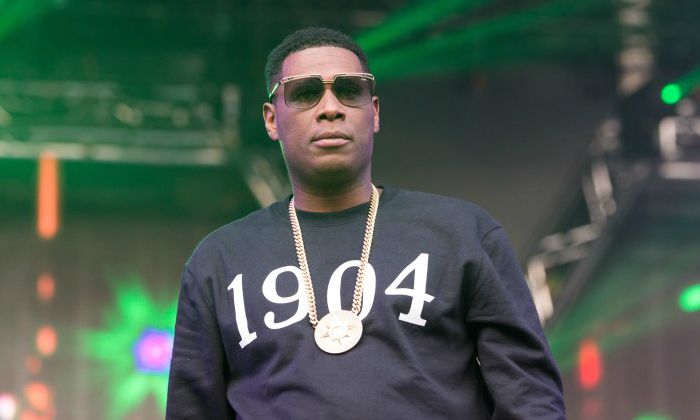 Who is Jay Electronica?

Jay Electronica is an American rapper and songwriter from New Orleans, Louisiana who is probably best known for his debut studio album “A Written Testimony,” which arrived on March 13, 2020. He became so popular in the late 2000s when he dropped his mixtape “Act I: Eternal Sunshine (The Pledge)” in July 2007 on MySpace. He released two singles “Exhibit A” and “Exhibit C” in 2009 to moderate success. A few of his notable work as a featured artist include “Just Begun” by Reflection Eternal featuring J. Cole and Mos Def, “Control” by Big Sean featuring Kendrick Lamar and “Hard 2 Face Reality” by Poo Bear featuring Justin Bieber.

Jay Electronica was born on the 19th of September 1976, in New Orleans, Louisiana, United States of America. He is currently 43 years old.

There’s not a lot to share regarding the personal matter of Jay as he has not talked much about his parents or his early life.

For his education, he studied at the all-boys parochial high school St. Augustine High School (New Orleans), where he was part of the famed Marching 100 band. He also played various instruments for the band.

Jay Electronica has a daughter named Mars Mekeba Thedford with his ex-girlfriend Erykah Badu. The couple spent five years being together before they parted ways. He is never married.

As of 2020, Jay Electronica has a net worth of $2 million. All the money he earned so far was from his career as a rapper and record producer.

The 43-year old New Orleans native has an impressive resume in terms of social media following and activeness. With nearly 370 thousand people following him on Twitter, it is his most popular social media handle.

He can be found on Instagram @jayelectronica, where he has over 160 thousand followers. He is also on Facebook with the same name and has got over 126 thousand followers. Jay joined YouTube in December 2005 and has since garnered around 16 thousand subscribers. He is not active on the platform and the latest video on his channel dates back to 10 years ago.

He grew up in the Magnolia projects of New Orleans, where he lived until age 19.

He adopted the stage name “Jay Electronica” while living in Baltimore circa 2000.

Jay used to travel a lot and has lived in various places throughout his life and thus he was described as being “like some sort of hip-hop Jack Kerouac” by Hiphopdx.com.

He signed with Jay-Z’s Roc Nation record label in 2010.

He has collaborated with many artists including Erykah Badu, Guilty Simpson, J Dilla, Jay-Z, Just Blaze, and Mr. Porter.

Jay has uploaded several tracks to the digital platform MySpace.