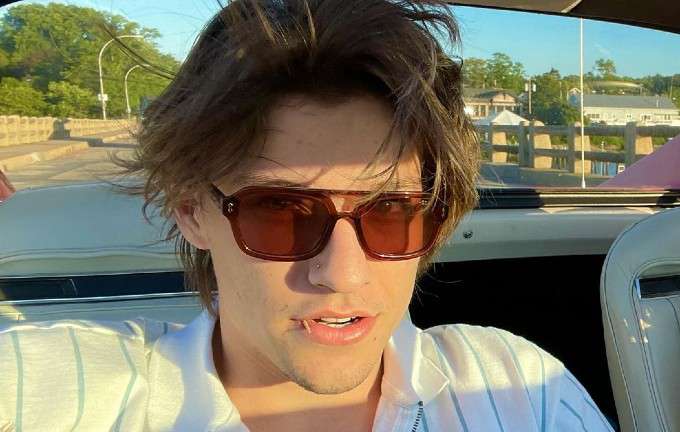 Jake Bongiovi is a celebrity kid and social media sensation. He’s the son of musician and singer, Jon Bon Jovi, the frontman of the Grammy Award-winning rock band Bon Jovi, and his wife Dorothea Hurley. In early 2021, he was linked to his rumored girlfriend Millie Bobby Brown after they were spotted walking the streets walking the bustling streets of NYC. It is not known if Jake and Millie are an item, here’s everything you need to know about Millies’ rumored beau.

Jacob is of Italian-Sicilian, Slovak, Polish, and Swiss-German descent.

Jake is the second youngest of four children to Jon Bon Jovi and Dorothea Hurley. His father is a renowned singer and musician who is the frontman of the Grammy Award-winning rock band Bon Jovi. He has two brothers, Romeo and Jesse, and one sister, Stephanie.

Jake is rumored to be dating British actress, model, and producer Millie Bobby Brown. They were seen going out together in New York City in June 2021.

His father is the founder and frontman of the Grammy Award-winning rock band Bon Jovi.

Though his net worth is not known right now, his father is one of the richest musicians in the world who’s now worth $410 million.

He has a dog named Yoyo.