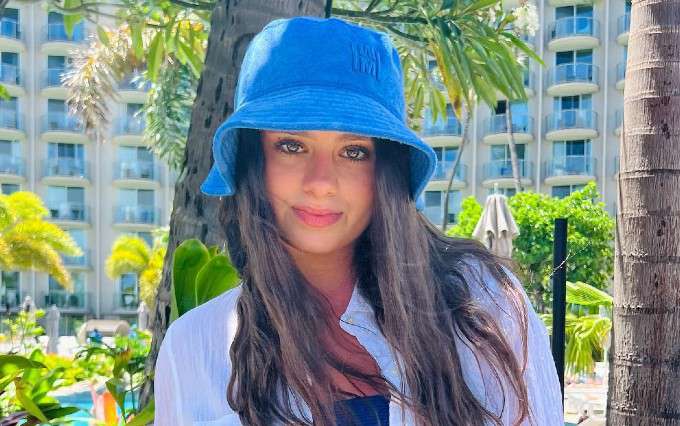 Jaime Adler is an English actress and model. She began her career when she was still in elementary school by playing Alannah Ory in a 2021 episode of the TV show Casualty. She started off on stage with Andrew Lloyd Webber’s “Sound of Music”, which earned her a nomination at the 2014 Olivier Awards, and went on to win the Audience Choice Award at the 2012 Olivier Awards for portraying the character of Little Cossette in “Les Miserables”. She is also recognized for playing Amy in Pretty Outrageous, Olga Romanov in Anastasia, and Jaime in the TV mini-series Claire RockSmith.

She is of English descent

Not much is known about her parents as of now, except that she has a younger sister, Jasmine Adler, with whom she grew up.

Jaime studied acting at the Sylvia Young Theatre School. In addition to that, she has attended various workshops organized by Actors’ Studios and West Coast Dance in LA.

Jaime Adler has been in a relationship with American actor and social media influencer Ayden Mekus since 2021. The couple made their relationship public in October 2021 and has been together since then.

She landed her first acting gig at the age of 7, playing the character of Gretl in the play Sound of Music. Later on, she took on the character of Marta in the same play at Regents Park Open Air Theatre, for which she was nominated for Best Musical Revival at the 2014 Olivier Awards.

In 2012, she won the Audience Choice Award at the 2012 Olivier Awards for her work as Little Cossette in “Les Miserables” at the Queen’s Theatre. When playing Iris in “The Nether” at The Duke of York Theatre, she was nominated for ‘”Best Actress in a Supporting Role” at the 2015 Olivier Awards.

She made her professional onscreen debut in 2012 by playing Alannah Ory in the TV series Casualty. She appeared in an episode of the series alongside the likes of Suzanne Packer, Ian Bleasdale, and Derek Thompson.

Jamie’s first big screen appearance was in the movie Pretty Outrageous, in which she was cast in the role of Amy with Isabella Blake-Thomas and Gabe Eggerling.