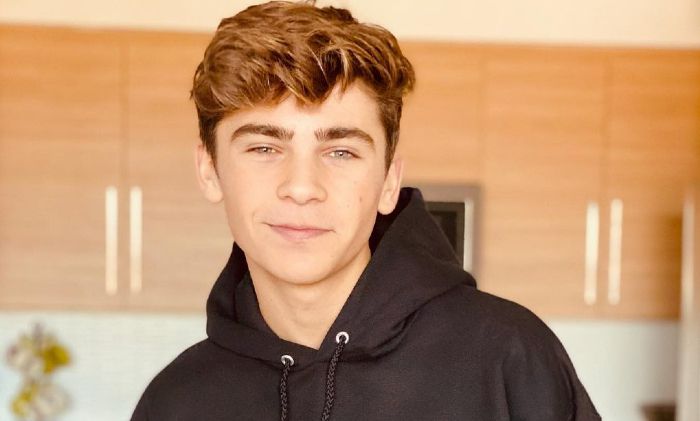 Ayden Mekus is an American actor and social media personality who is probably known for his work on television and in short films. He has appeared in a variety of short films including Critical Candle, Utensils, To Smell the Roses, El Fred, Mr.Strange, and The Lilac Thief.

In 2020, he was cast in multiple roles on the TV mini-series entitled Dhar Mann. He has quite a presence on social media with over a million followers, each on Instagram and YouTube. In addition, he has over 2 million TikTok fans. He’s also a member of the social media influencer group, The Squad

Ayden hasn’t divulged too many details about his life prior to beginning his career as an actor. Therefore, there’s not a lot to share regarding his family and childhood.

It appears that he was very passionate about acting from an early age and appeared in school plays in addition to being involved in community theatre. He also took dance lessons and was a part of the Winter Wonderland and Dance Variety Showcase in San Diego. It is not known whether he’s still going to a regular school or pursuing his school education through homeschooling.

Ayden Mekus was in a relationship with fellow actress Symonne Harrison from 2020 to 2021. He’s now dating English actress Jamie Adler.

Ayden Mekus got his start in show business in late 2017 by appearing in short films. In February 2018, he landed his first major role in Kristin Glover’s The Lilac Thief where he played the role of Max Grainger. Shortly after, he played Charlie in Lingyu Meng’s Chocolate Chip Cookie. Both short films were critically acclaimed and successful.

His acting credits include Utensils, Critical Candle, What is School For, To Smell the Roses, Dhar Mann, Mr.Strange, and El Fred.

He has his own clothing line called Positive Choice Apparel.

Ayden runs a self-titled YouTube channel that has around 500 thousand subscribers. He uploads challenges, inspirational videos, pranks, vlogs, and other lifestyle videos.