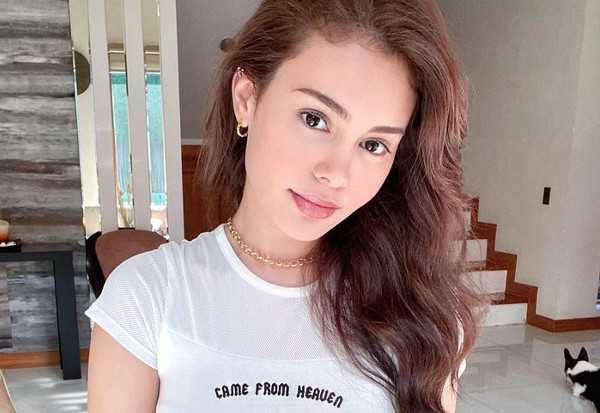 Ivana Alawi is a Filipino-Moroccan actress, model, and YouTuber. She made her acting debut in Tween Hearts as Alexa in 2011. She is best known for her roles as Madonna in the drama soap opera Ang Probinsyano and Monique in the drama film Open.

Outside acting, Alawi is a prominent YouTuber and Instagram model. She’s got over 6.8 million followers on Instagram and over 13 million subscribers on YouTube. Her channel features videos such as pranks, challenges and family vlogs with her sister ad brother.

Ivana Alawi comes from a family of mixed ethnicity. Her mother, Fatima Marbella, is a Filipino, and her father, Samier Al-Alawi, is a Moroccan. She has three siblings – an older brother, Hashim Alawi, and two younger sisters, Mona Louise Rey, who is an actress, and Amira Alawi.

Her parents separated when she was a little girl. After that, she and her siblings except for Mona, who was a toddler then, was left behind to live with their father. They moved in with their mother in 2006.

Ivana made her acting debut around the same time as with her sister Mona. She landed her first acting role in the TV soap opera, Tween Hearts, where she plays Alexa.

She took a break and returned to showbiz as a contestant on the sixth season of the reality show, StarStruck. From there, her acting career took off, and saw her playing a variety of roles in various TV shows and films.

In 2016, she starred in not less than five soap operas, including Once Again. Alawi joined the cast of Ang Probinsyano, a soap opera that is based on the 1997 film of the same name starring Fernando Poe Jr. She was cast as Madonna alongside Coco Martin.

Her big-screen debut came in 2019 with the movie Open, where she was seen playing Monique opposite JC Santos and Arci Muñoz.

Ivana is arguably one of the rising stars in the Filipino acting scene. She is not only attractive but also has a killer body with attractive measurements. You can check for yourselves by hitting her Instagram page where she has a lot of pictures flaunting her perfect bikini figure.

Looking at her social media posts, it is safe to say that she’s not involved in a relationship yet. Also, there are no speculations or rumors about her linking with her co-stars or anyone for that matter. Furthermore, she has no dating history.

The Filipino actress is quite famous on the television circuit. Her charm and acting skills have gotten her a huge fan following. Moreover, she also dabbles as a YouTuber, and the fame she gained from acting helped her earn an audience of over 12 million subscribers on her self-titled channel.

Acting isn’t her only source of income. She earns a lot from her effort as a YouTuber. Though not much is known about Ivana’s net worth right now, it is safe to say that she has a pretty hefty net worth by now.

In 2020, Ivana released her first non-album single, Sana All.

She has over 7.5 million followers on her Instagram handle.