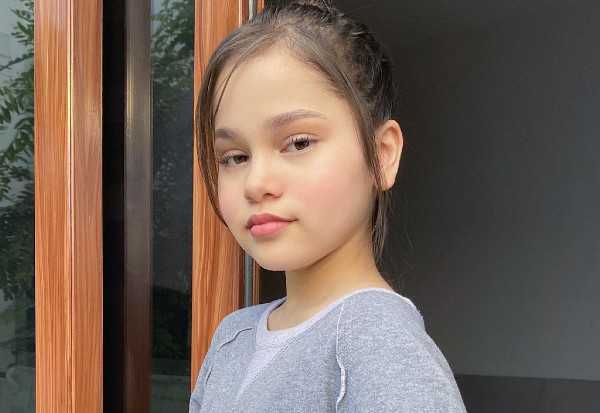 Mona Louise Rey is a Moroccan – Filipino actress and model who had her breakthrough in the television show Munting Heredera. She is the younger sister of Ivana Alawi, a well-known actress in the Filipino entertainment industry.

Despite being young, Louise has already appeared in some notable projects, putting her on the best actors to watch list. Most recently, she starred in television shows like Tadhana, Daig Kayo ng Lola Ko, and Hahamakin ang Lahat, among many others.

Mona Louise Rey was born in the national capital of the Philippines on 19th August 2004. Her parents are Fatima Marbella and Samier Al-Alawi. Rey. She’s got Filipino roots from her mother’s family while on her father’s side, she’s got Moroccan roots.

Her zodiac sign is Leo. The youngest of four siblings, she grew up with her older siblings – Ivana, Hashim, and Amira. Her older sister, Ivana, is an actress and YouTuber, who inspired her to become an actress.

Since Mona got into acting at a relatively young age, she was not able to go to school like others. She attended St. Monique College of Manila before being homeschooled.

Who is Mona Louise Rey dating?

The young gorgeous actress is currently single, according to various reports. It looks like that she’s never engaged in a relationship or caught up in any romantic rumor. Though she has not shared anything about her private life, she has already set her path to stardom.

When did Mona Start her career?

At age 7, in 2011, Mona Louise Rey started her acting career, playing Jennifer Montreal in the hit family drama series, Munting Heredera. She then went on to star in television series such as Aso ni San Roque, and Luna Blanca, among others.

In 2014, she got her big breakthrough in the adventure film Kubot: The Aswang Chronicles, where she was cast in the role of Batang Aswang.

She suffers from Type 1 diabetes due to which she gets insulin shots every day and avoid taking food and drinks rich in sugar and carbohydrates.

After her parents divorced, Rey moved in with her mother and was later joined by the rest of the siblings.

She was nominated for the Best Child Performer award at the PMPC Star Awards for Television in 2012.

She runs a self-titled YouTube channel, which she started in June 2016. It has more than 1.8 million subscribers and features makeup, challenges, and travel vlogs.