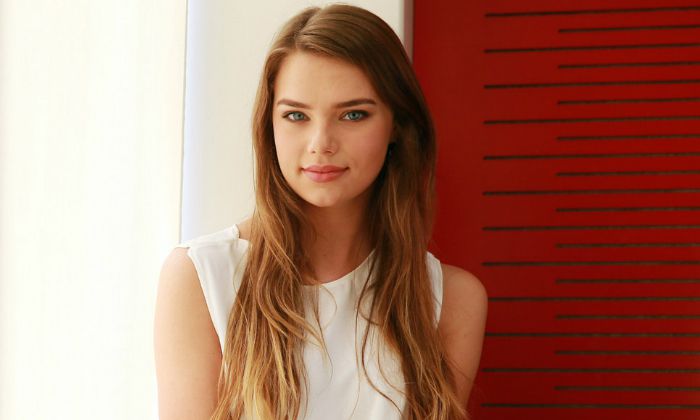 Indiana Evans is an Australian actress, singer, and songwriter best known for her appearances in the Australian television series “Home and Away” and “H2O: Just Add Water”. The former won her a Logie Award for Most Popular New Female Talent in 2008. Her other notable starring roles include Blue Lagoon: The Awakening as Emmaline “Emma” Robinson and Secrets and Lies as Natalie Crawford.

Indiana Evans was born on the 27th of July 1990, in Sydney, New South Wales, Australia. She is currently 31 years old.

Indiana briefly attended Newtown High School of the Performing Arts but she dropped out after two weeks in pursuit of her acting career.

She also took a correspondence course until the age of 15.

Indiana Evans has been in and out of relationships over the course of her acting career. She started dating Australian actor Rhys Wakefield, who happens to be her co-star with whom she worked in the TV series “Home and Away’. The couple dated for a few months in 2006 before calling off their relationship in late 2006.

After her split with Rhys, she was reported to be dating actor Lincoln Lewis in 207. They dated for over a year before they ended their relationship in 20087.  Post that, she was rumored to be dating The Three Musketeers star Alex Williams in 2008.

Evans was romantically linked with her co-actor Angus Mclaren in 2009. These two worked together in the TV series H2O: Just Add Water and they were together for three years until 2012. they broke out in 2012, but they still are on good terms.

Indiana Evans made her acting debut as Lara Boyd-Cutler in the Australian short film “Burden” in 2008. She is yet to make her debut in a feature film.

Her first acting role in television came with the Australian medical drama series “All Saints” in 2003, in which she played the role of Milly Roberts in an episode titled “Destiny’s Child”.

Evans got her first breakthrough in 2004 after she was picked to play the role of Matilda Hunter in the Australian television soap “Home and Away”. As a series regular, she starred in a total of 197 episodes, and she was nominated for many awards, and eventually winning the ‘Dolly Teen Choice Awards’ in the category ‘Queen of Teen’.

She then landed a main role in the Australian fantasy drama TV series “H2O: Just Add Water” in 2009.  She played Isabella “Bella” Hartley in the first three seasons of the series. She met with critical acclaim for her performance in the series.

Desperate about acting and singing,  she joined a small-time acting agency at the age of 9 following the footsteps of her friend, but without much success.

She took dance lessons at the age of seven and she is good at ballet, jazz, and tap.

After landing a small role in the 2003 Australian medical drama All Saints, she took acting full time and started to get TV offers.

Evans is better known to the TV audience than the movie fanatics.

In 2008, Evans won the Queen Teen award at the Dolly Teen Choice Awards.

She has a cat called Meemo.

She is good friends with “Snobs” co-star Brooke Callaghan.

Evans had a supporting role with Michael Shanks in the 2010 sci-fi film Arctic Blast.