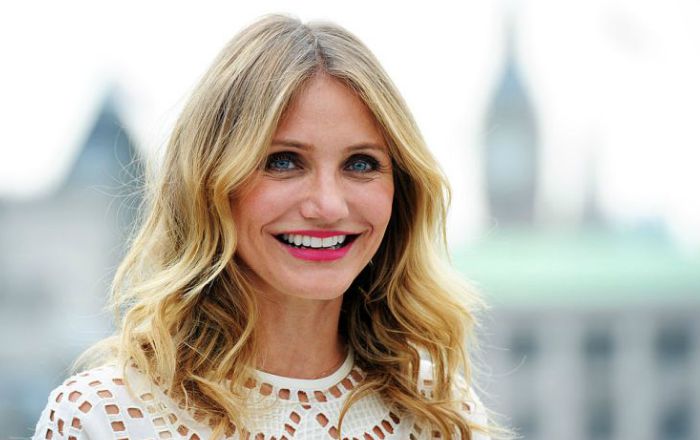 Known for her appearances in high-profile films, Cameron Diaz is a retired American actress, fashion model, producer, and author. She got her big break with her debut film, The Mask and her roles in films like Charlie’s Angels film series, Knight and Day, Bad Teacher, The Other Woman, Sex Tape, and Annie catapulted her to stardom. During her career, she was listed as one of the A-listers and highest-paid actresses in Hollywood. She has received Golden Globe nominations for her starring roles in films like There’s Something About Mary, Being John Malkovich, Vanilla Sky, and Gangs of New York. She has authored the New York Times bestseller, The Body Book (2013).

Cameron Diaz is the youngest of three children to Billie (née Early), an import/export agent, and Emilio Diaz, a foreman of the California oil company Unocal. Her father died in 2008. She has two older siblings, Chimene and Michael Diaz. She belongs to Cuban, English, German, and Scots-Irish ethnicity.

Cameron Diaz married musician Benji Madden at her home in Beverly Hills, California, on January 5, 2015, in a Jewish ceremony. Madden is 7 years younger than her. They have a daughter together named Raddix Madden, born on December 30, 2019.

Before that, she was in a few relationships with high-profile celebrities, including Justin Timberlake, Djimon Hounsou, Kelly Slater, Alex Rodriguez, and Elon Musk.

Cameron Diaz made her debut in the 1994 super-hit fantasy film, The Mask’ along with Jim Carrey, which earned her a Golden Globe nomination.

In 1996, Diaz appeared in an episode of American adult parody talk show, ‘Space Ghost Coast to Coast’ as herself.

She earned huge appreciation for her work in the 1994 dark fantasy superhero comedy film, ‘The Mask’. The film made it to the top 10 highest-grossing films that year, which grossed a whopping $350 million in worldwide box-office collection, and also received an Academy Award nomination for Visual Effects.

As of 2022, Cameron Diaz has a net worth of $140 million. During the peak of her career, she was included in the ‘Highest paid actors’ list by publishers like Forbes, Time, to name a few. Staring her career as a fashion model at the age of 16, Cameron has gone all the way to be one of the A-list actresses and the highest-paid actresses in Hollywood. She owns several properties across the country including an $8.5 million Miami villa. More recently, she launched an organic wine brand called Avaline.

She was discovered by a photographer at a Hollywood party when she was 16 years old.

She signed with Elite Model Management and soon began modeling. She did several modeling gigs for international brands like Calvin Klein, and Levi’s and traveled worldwide as a part of her modeling work.

At age 17, she was featured on the cover of the July 1990 issue of Seventeen.

At age 21, she auditioned for and won the female lead starring opposite Jim Carrey in the 1994 film The Mask,  despite having no prior acting experience.

She has a reputation for being late.

In September 2002, she was voted the 11th “Sexiest Female Movie Star” in the Australian Empire Magazine.

Her wax statue was placed at Madame Tussauds Museum in London on February 19, 2008.

Cameron Diaz released her book titled ‘The Body Book: Feed, Move, Understand and Love Your Amazing Body’, co-written with Sandra Bark, which was no. 2 on The New York Times Best Seller list in March 2014.

She then released The Longevity Book: The Science of Aging, the Biology of Strength, and the Privilege of Time in June 2016.

She was ranked the highest-grossing actress of all time with her films grossing $3.3 billion.