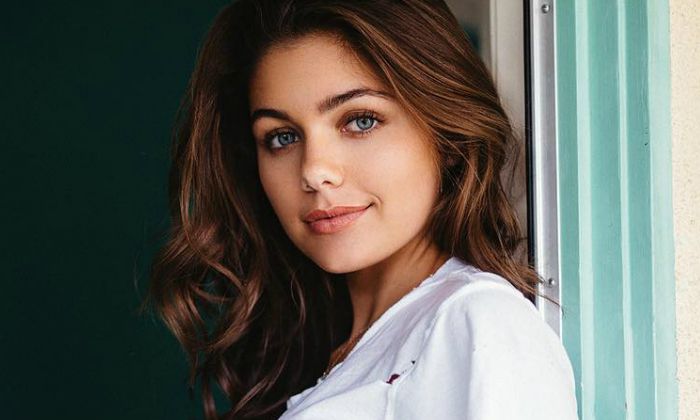 Hailing from Knoxville, Tennessee, Hannah Ann Sluss is a model and reality TV star who gained a lot of fame lately for winning the Peter Weber’s season of The Bachelor in 2020. Also a beauty pageant, she has competed in several pageantries and finished as first runner-up in the 2018 Miss Tennessee Teen USA competition. She is represented by Model Club and The Campbell Agency and has graced the cover of JVN Magazine in September 2016.

Hannah Ann Sluss was born on the 25th of April 1996, in Knoxville, Tennessee, United States of America. She is currently 25 years old.

While not much is known about her personal matters, she grew up along with her two younger siblings – a sister, Haley Sluss, and brother, Wade Sluss – in her hometown of Knoxville, Tennessee.

Just like Hannah, her sister is also quite popular on Instagram and has already accrued more than 11,000 followers on the photo-sharing app. Her bother is currently pursuing Business Administration at the University of Tennessee.

She hasn’t talked much about her parents, including their names and profession. Furthermore, information regarding her education is still unknown.

Hannah Ann Sluss is very reluctant when it comes to her relationship status, however, upon digging deep into her Instagram, we found that she was in a relationship with a guy named Ben. It looks like they have been together for over four years before breaking up some two years ago. Ben is also a Knoxville native and attended Pellissippi State Community College.

She got engaged to Peter Weber after he chose her as the winner of the 24th season of The Bachelor. However, Peter ended his engagement with her after one month.

Hannah Ann Sluss made her television debut on Peter Weber‘s season of The Bachelor in 2020. She quickly caught the attention of the audience as well as the leading man of The Bachelor and became the first contestant to receive the first impression rose. Hannah has become a major frontrunner, thanks to her amazing personality and gorgeous looks.

She has made it to the finals alongside fellow contestants Victoria Fuller and Madison Prewett and eventually stole Peter’s heart to be named the winner of this season.

Unlike other Bachelor contestants, Sluss is already a popular name in the glamour world, thanks to her modeling gigs. She has amassed over 1.3 million followers on her Instagram account.

She had lived her entire life in Knoxville, Tennessee.

Before getting into modeling, Sluss has competed in the Miss Tennessee pageant more than once. She was named the first runner-up in 2015 as well as in 2018, came in fourth place in 2017, and named second runner-up in 2014.

Judging by her Instagram page, Sluss is very religious as it features a Bible reference.

Hannah appeared on the cover of JVN Magazine in their September of 2016 issue.

She is close friends with Bachelor and Bachelor in Paradise contestant Hannah Godwin, who actually insisted her to apply for The Bachelor.

Godwin appeared on Colton Underwood’s season of The Bachelor.

Sluss appeared on Chris Lane’s “I Don’t Know About You” music video in 2018.

She is very talkative when she becomes nervous.

Sluss’s home is decorated with artwork that she painted.

She still lives with her parents.

She has a dog.