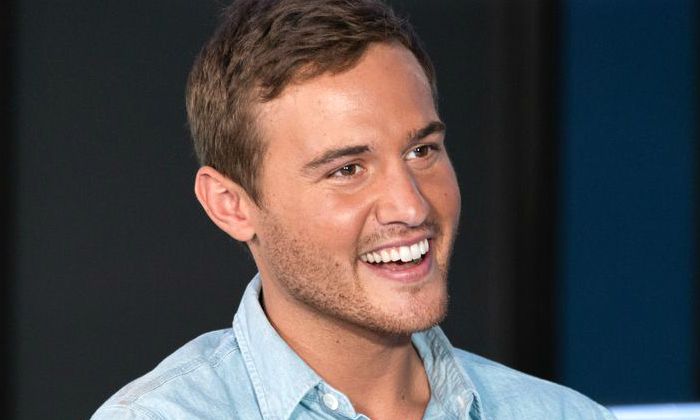 Peter Weber is an American television personality from Westlake Village, California, probably best known for his appearance on Hannah Brown’s season of The Bachelorette. Though he placed third on the dating game show, he was cast as the eponymous lead in season 24 of The Bachelor. When Peter isn’t appearing on television, he flies for Delta Air Lines. On the acting front, he had a guest spot on an episode of NBC’s Days of Our Lives in 2003 and has also guested on season six of Bachelor in Paradise in 2019.

Peter Weber was born on the 4th of August 1991, in Westlake Village, California, United States of America. He is currently 30 years old.

Peter Weber comes from a family of pilots and flyers. He is the older son of Peter Weber Sr., a commercial pilot, and Barbara, a real-estate broker and former flight attendant. His parents met while working on the same flight and have been married together for more than 30 years.

Though he is a California native, he’s got roots in German and Cuban. He followed in the footsteps of his father and become a commercial pilot for Compass in 2015. His younger brother, Jack, is also a pilot.

For education, Weber attended and graduated from Oaks Christian School in 2009. During his time there, he played for his school’s football team and was also a part of a national rocketry competition.

He then attended Baylor University in Waco, Texas but dropped out before his graduation year to pursue a career in aviation.

Now, this is the topic that most of you are probably looking forward to. Peter is currently single and is on a quest to find the love of his life on the dating reality show.

He was in a relationship with a model named Calee Lutes from June to December of 2018. She broke up with him after he was cast on The Bachelorette. Hannah revealed that she and Peter had sex four times during the fantasy suite date in Greece.

Peter debuted as a teen star when he played Young Roman Brady on an episode of the NBC daytime soap opera Days of Our Lives in 2003.

Although he has not acted in a feature film yet, he has appeared in a few short films including Eve’s Dropping In, In the Dirt, and mI promise.

Peter achieved huge fame and became a fan favorite during his run on season 15 of The Bachelorette. Despite making it to the final four on the dating show, Weber fell short in winning over the likes of Hanna Brown and ended up being the second runner-up.

He is now back with season 24 of The Bachelor as the lead cast on a quest to find his true love which premiered on ABC on January 6, 2020.

Unfortunately, there’s not much known about his net worth at the moment as he prefers staying secretive due to privacy. However, there’s a saying that flyers usually make a lot of money and Peter is no different. According to sources Delta pays upwards of $185,000 to its pilots and in addition, he has a massive 1.7 million Instagram followers, and he earns a lot through sponsored posts.

It’s no doubt that Peter has a pretty good resume in regard to the social following. He has accrued more than 1.7 million followers on Instagram to which he shares a lot of flying pictures that actually put him in the spotlight even before his casting on The Bachelorette.

He lived with his family in Westlake Village, California for most of his life.

His mother was a former Miss Illinois.

Peter Weber worked as a commercial pilot for Compass Airlines for three years, until he was hired by Delta Air Lines in 2018.

Peter is a huge fan of Seattle Seahawk.

He has flown many celebrities like Richard Sherman and Adam Levine whom he’s also shared photos with on his Instagram.

During his free time, he enjoys snowboarding, watching football, and line dancing.