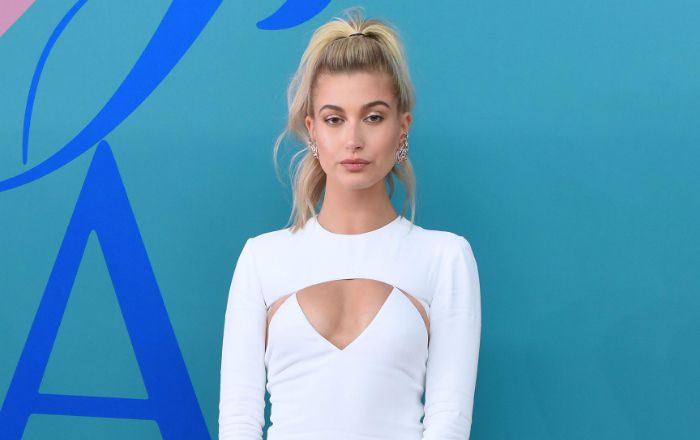 Hailey Baldwin is an American fashion model and television personality. She has created a niche for herself in the glamour world and has appeared in a lot of magazines including Tatler, LOVE, V, i-D, and Teen Vogue. She made her runway debut walking for Topshop in 2014. Throughout her modeling stint, Baldwin has done several campaigns for fashion brands. She is represented by IMG Models.

She is of Italian and Portuguese descent on her mother’s side while her father is of English, Irish, Scottish, French and German descent.

Hailey Baldwin has been in an on-and-off relationship with Canadian singer Justin Bieber since 2015. The couple parted ways in April 2016 before they reconciled in May 2018. They got engaged on July 7, 2018. In November of that year, Bieber confirmed that he was married to Baldwin.

She was in a relationship with many stars like fashion model Jordan Barrett, Cameron Dallas and Chandler Parsons in the past.

Although she hasn’t appeared in a full-length feature film, she was cast along with her family members in a TV movie documentary titled Livin It: Unusual Suspects.

Hailey made her first appearance on television in the comedy music show Saturday Night Live in an episode titled “Alec Baldwin / Jonas Brothers.”

Being the daughter of actor Stephen Baldwin.

Her stint in modeling.

As of 2023, Hailey Baldwin has an estimated net worth of $20 million US dollars.

Her parents named her after Halley’s Comet.

She wanted to become a professional ballet dancer when being small and took ballet lessons, but she had to discontinue due to a foot injury.

In 2014, she did a photo session for LOVE magazine and also shot a short film with them which is available on the magazine’s official YouTube channel.

Hailey Baldwin was featured in a music video of the song ‘On My Mind’ by the well-known Australian singer Cody Simpson.

She has appeared in magazines such as Tatler, LOVE, V, i-D, Teen Vogue, L’Officiel, and Harper’s Bazaar, to name a few.

In 2017, Baldwin featured on the cover of the Spanish Harper’s Bazaar alongside male model Jon Kortajarena and the American, British, and Japanese editions of Elle.

In 2016, she launched her own make-up collection produced by the Australian brand ModelCo.

She has a celebrity crush on David Beckham‘s son Brooklyn Beckham.