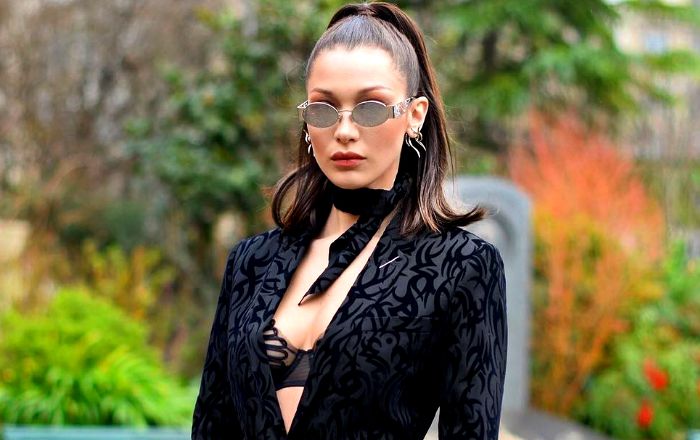 American supermodel Bella Hadid is the most prominent face in the modeling world signed with IMG Models. She is the sister of supermodel Gigi Hadid. She took the glamour world by storm when she got her foot onto the runway and had already done numerous catwalks, advertising campaigns, and shoots.

Bella Hadid is the daughter of Palestinian father Mohamed Hadid and Dutch mother Yolanda Hadid. Her father was a real-estate developer while her mother was a former model.

Hadid has two siblings, an older sister named Gigi, who is also a model, and a younger brother, Anwar. She has two older half-sisters, Marielle and Alana from her father’s side

Bella Hadid attended Malibu High School in Malibu, California. Later, she enrolled at the Parsons School of Design to study photography, but, she quit her studies midway to pursue a career in modeling.

In 2017, she was in a relationship with the Australian model, Jordan Barrett. Over time, she had been in relationships with many stars like Anthony Joshua, Odell Beckham, Jr., and The Weeknd.

She has been dating art director Marc Kalman for a while now. She broke the news on her Instagram by sharing a picture of them kissing each other that reads “Time of my life. Healthy, Working and Loved.” The couple was first linked in early 2021 when they were seen having lunch together. They made their red carpet appearance at Paris Fashion Week and the Cannes Film Festival in 2021.

Bella made her runway debut at the New York Fashion Week in the fall of 2014, walking for Desigual. She has since walked for famous designers and fashion houses around the world.

Though she hasn’t starred in feature films, Bella was cast in quite a few short films like Bella Hadid’s Guide to LA, Private and Going Home with Bella Hadid.

In 2014, she appeared in The Real Housewives of Beverly Hills as herself in an episode titled “The Kids Are All Right.” She also had appeared in Keeping Up With the Kardashians.

She has modeled for Victoria’s Secret catalog. She was made the brand ambassador for the luxury watch brand TAG Heuer in February 2017.

She and her sister Gigi are the first sister duo to work for the lingerie label, Victoria’s Secret.

She is a nationally ranked equestrian.

In December 2014, Hadid made her first cover appearance on Jalouse Magazine and was featured on Day 27 of Love Magazine’s Love Advent that same year.

In 2015, she was named Model.com’s Break Out Star: Women for Reader’s Choice Category.

Bella Hadid won Model of the Year at the GQ Men of the Year Awards in London in September 2016.

In July 2014, Bella Hadid was arrested on charges of DUI and because of that her driver’s license was suspended for one year and she was given six months of probation.