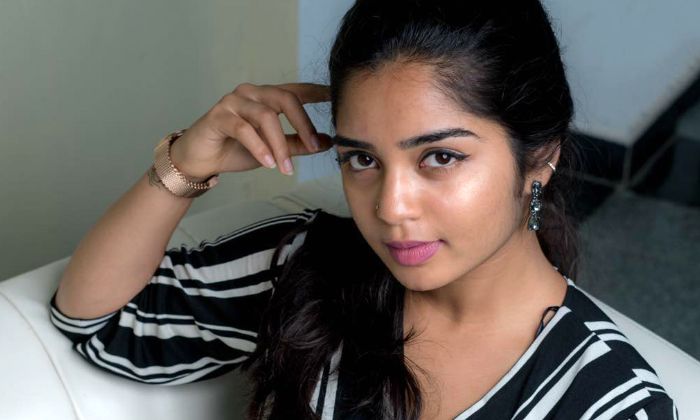 Gouri G Kishan is an Indian actress who instantly caught the industry’s attention with her portrayal of teenage Jaanu in the 2018 romantic drama “96”. She received huge praise and appreciation for her performance in the film which eventually led to several other roles in films such as Anugraheethan Antony. She is an accomplished classical dancer having been practicing the art of Bharatanatyam for almost a decade. Her notable acting credits include Master, Anugraheethan Antony, and Karnan

Gouri is the daughter of Veena and Kishan. She has an older brother named Govind G Kishan. Other than that not much is known about her personal affairs of Gouri.

In 2017, Gouri joined the Bachelor of Arts program at Christ University in Bangalore, where she is studying Journalism, Psychology, and English (triple major), and graduated in 2020.

Arguably, this is the topic that most of you are probably looking forward to. But unfortunately, there is not a lot we have to share regarding the romantic life of Gouri as she has kept that aspect of her life away from the limelight to the best of her abilities. She is currently focusing on her career.

Gouri G Kishan made her acting debut onscreen playing the younger version of Jaanu in the 2018 Tamil romantic drama 96, alongside the likes of Trisha and Vijay Sethupathy.

Undoubtedly, the film is a massive hit at the box office that is being remade into other mainstream South Indian languages. The young budding actress has just not won the hearts of the millennials but also received a lot of appreciation for her stellar performance.

Not long after the film’s release, the gorgeous charm quickly caught the eyeballs of the casting directors and has been on a spree of signing new projects.

Later that year, she signed a Malayalam movie titled Anugraheethan Antony, directed by debutante Prince Joy which will see her playing the love interest of actor Sunny Wayne. Apparently, the film will also mark her debut in the Malayalam film industry.

Gouri’s Telugu debut is the remake of her Tamil hit 96. She will be reprising her role in the Telugu film as well that stars Sharwanand and Samantha Akkineni in lead roles. The yet-to-be-titled film went on the floors back in May and is currently in post-production.

Kishan gained massive fame down the South of the Indian sub-continent, thanks for her role in the industry hit 96. That massive success helped her to establish herself as an actress in the industry. Gouri, in her early twenties, has already proven her mettle as an actress, and everything she touches turns to gold when it comes to her career endeavors.

Her uncle, who is a close friend of Prem Kumar, director of the movie 96, took her to the auditions when he learned that Prem is looking for a new face to play the teenage version of Jaanu.

Even though Gouri had no prior hands in acting, she managed to clinch the role and attended a brief acting course as well as reduced her weight for the role.

She worked hard to make her dreams come true by embracing the spotlight.

Gouri has been roped in to play a pivotal role in Vijay’s upcoming film, which is directed by Lokesh Kanagaraj of Kaithi fame. The film is touted to be an action thriller and stars Antony Varghese, Shanthanu Bhagyaraj, Vijay Sethupathi, and Andrea Jeremiah.

She won the Best Debut Actor- Female for the year at the Behindwoods Gold Medals 2018.

Growing up, she had a huge crush on Hrithik Roshan and her recent crush is Roshan Abdul of ‘Oor Adaar Love’ fame.