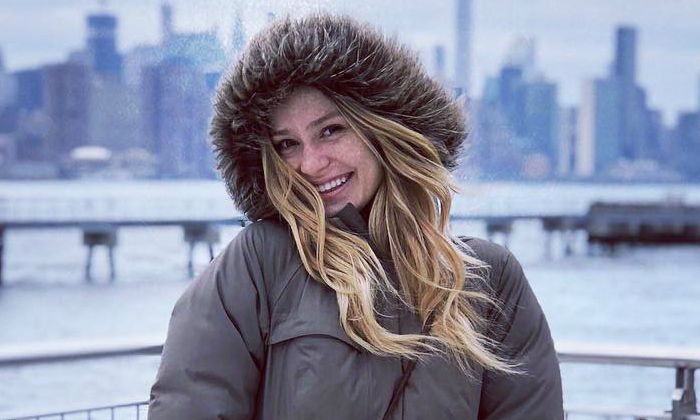 Elle McLemore is an acclaimed stage actress and film actress who is best known for starring in the Lifetime drama series, Army Wives. She caught the spotlight with her flawless performance as Eva in the Broadway production of Bring It On, which marked her Broadway debut. She also played the character called Heather McNamara in the musical adaptation of the cult classic film, Heathers.

Elle McLemore was born on the 16th of September 1991, in Honolulu, Hawaii, United States of America. She is currently 29 years old.

She is the daughter of Gail VanDervoort, a dancer, and father Todd Vandervoort, a pyrotechnician. She has a sister named Brittany McLemore.

Elle attended Palo Verde High School in Las Vegas, Nevada, graduating in 2009. In school, she acted in several school theatre productions such as Grease, and Peter Pan and in the benefit concert God Lives in Glass.

She then enrolled in an acting course at the Marnie Cooper School of Acting Inc and also studied acting at The John Kirby Studio. She was trained by acting coaches Gary Hudson and Lori Lively. Elle is also trained in old reading/camera and voice acting from actresses Lynda Goodfriend and Liz Caplan, respectively.

Elle has been in a relationship with Josh Levinson for many years now. Not much information is known about the couple as they prefer to stay low from media attention.

Elle McLemore landed her first film role in the movie, “At the Top of the Pyramid”, playing her part as Jamie Parker in 2014.

In 2010, Elle guest-starred in an episode of the Disney sitcom, “The Suite Life on Deck ” as Gina.

She gained immense fame for playing a series regular as Holly Truman in the Lifetime drama series, “Army Wives” in 2013. As a stage actress, she gained a lot of critical acclaim for giving life to the character Eva in the Broadway production of Bring It On. She performed at the St. James Theatre in Manhattan in 2012. Her performance as Heather McNamara in an off-Broadway production of Heathers: The Musical also received a lot of praise and appreciation.

At age 4, Elle toured for a year and a half for the Melinda: First Lady of Magic show, performing with her parents who worked with magician Melinda Saxe.

She developed an interest in acting after performing in school productions of Grease, and Peter Pan.

After graduating from college, she moved to Los Angeles to pursue an acting career.

Elle is an accomplished dancer.

She loves Disney and collects Winnie the Pooh stuff.