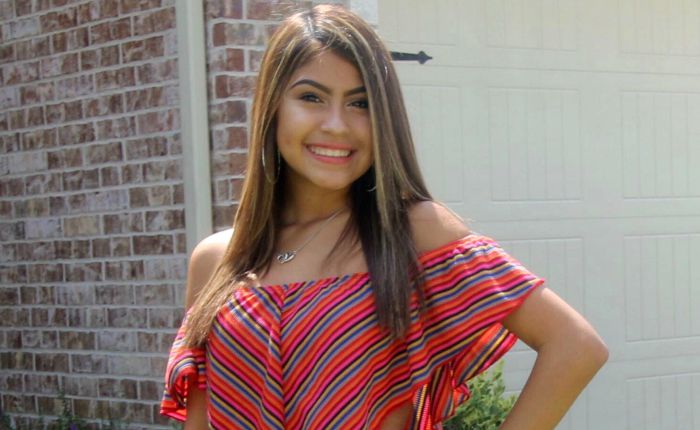 Desiree Montoya is an extremely talented and beautiful social media personality and Instagrammer. She initially caught the attention of the internet users through her lip-syncing videos on TikTok (formerly Musical.ly). She branched out to YouTube lately where she runs a collaborative YouTube channel called ‘Diego & Desi’ along with her boyfriend Baby Diego.

Desiree Montoya was born on the 23rd of February 2005, in Texas, United States of America. She is currently 17 years old.

Unfortunately, not much is known about her family background. The names of her parents are unknown. She has two siblings, both brothers, who often feature with her on Instagram.

She is a high school student.

Desiree Montoy has been in a relationship with fellow social media star Baby Diego.

Known for her lip-syncing videos on TikTok and her immense popularity on other social media apps.

Her net worth is estimated at $0.4 million.

She started off with videos related to R&B and hip hop music as well as lip-syncing videos on her dxddy-desi account on TikTok. And, there’s a lip-syncing video to Toni Romiti’s hit single “I Know”, which brought immense fame to her.

With increasing popularity on TikTok, she branched out to YouTube, where she runs a joint channel on the platform that she operates alongside her boyfriend Baby Diego.

The stunning beauty is also active on Instagram, on which she posts pictures from her day-to-day life. She has over 200k followers on the platform.

Her fans are usually referred to as Desinators.

She is fond of sweets and loves sportswear and sneakers.

In August 2018, Desiree Montoya visited Universal Studios Florid and it looks like she was excited about the trip. She posted a lot of photos to her Instagram profile.