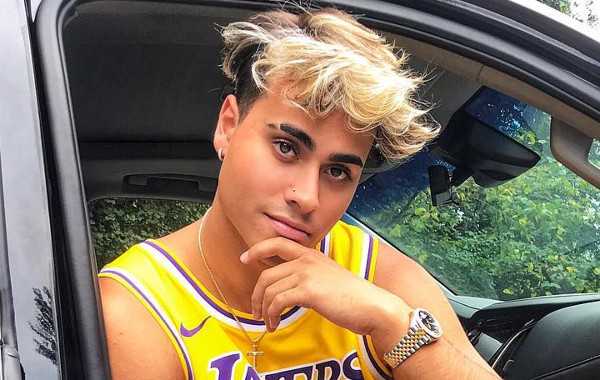 The channel Dobre Brothers have amassed over 10.5 million subscribers with fans from the rest of the world. In addition, he has over 1.5 million Instagram followers.

Darius Dobre is the oldest of four children to parents Boz Mofid and Aurelia Dobre. He was born on 2nd August 1995, under the zodiac sign Leo in Gaithersburg, Maryland, United States. His age as of 2022 is 25 years old.

Both his parents were popular gymnastics during their time and their gymnastics academy was called Dobre Gymnastics Academy.

He has three brothers; twins, Lucas Dobre and Marcus Dobre, and a younger brother, Cyrus Dobre. All of the four siblings are popular on their own with each running a YouTube channel as well as collaborative channels.

He studied at Towson University in Baltimore, Maryland.

Darius Dobre is in a relationship with fellow social media star Madeline Damskey. They started dating back in 2019 and they often feature on each other’s social media.

Darius Dobre is apparently one of the most recognized YouTube stars out there with more than 10.5 million subscribers on their collaborative channel Dobre Brothers. Furthermore, he also features on his twin brother’s channel Dobre Twins and the other channel Dobre Cars.

Aside from YouTube, he has quite a following on Instagram as well. He has more than 1.5 million followers on the photo-sharing platform.

His twin brothers, Marcus and Lucas, were the first to start a YouTube channel

In 2018, the Dobre Brothers were nominated for Streamy Awards under the Breakout Creator category.