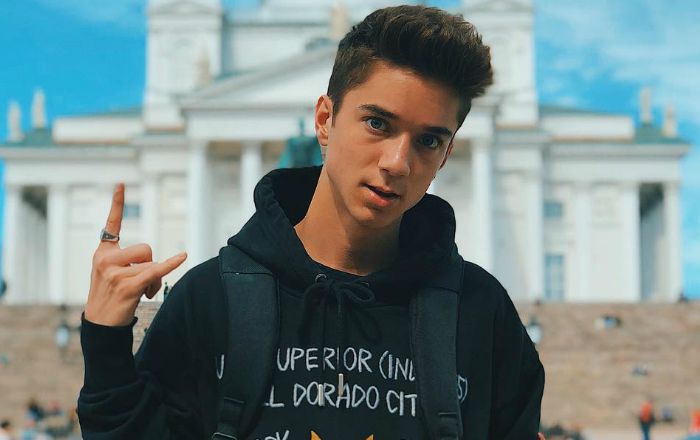 Daniel Seavey is a new-generation American pop singer who has been in the scene since the 14th season of American Idol. He was a favorite singer of the season and won the hearts of the people throughout the show with his soulful voice through the rendition of Paula Abdul’s ‘Straight Up’ or Ed Sheeran’s ‘Thinking Out Loud’ or even ‘I See Fire’. He is best known as a member of the band ‘Why Don’t We’. With no doubt, the multitalented singer is the heartthrob of many youngsters.

Daniel Seavey was born on the 2nd of April 1999, in Vancouver, Washington, States of America. According to his birth date, he is 22 years old and his zodiac sign is Aries. Of American nationality, he is the son of Jeff Seavey and Keri Seavey.

He was brought up in a Christian household. with his father being a senior pastor and church planter while his mother is a blog writer, speaker, biblical counselor. He has three siblings: Tyler Seavey, Christian Seavey, and Anna Seavey. He studied at Union High School, located in his hometown of Vancouver, Washington.

Daniel Seavey has been in a relationship with social media star, Franny Arrieta, since 2020.

Daniel Seavey made his first television appearance in 2015 when he competed in the singing talent hunt show, American Idol. He placed 9th in that season of the show.

As a member of the band, Why Don’t We, they released their debut EP titled ‘Only the Beginning’ in November 2016.

He attained huge fame for being a member of the band, Why Don’t We, which is famous for their EPs, ‘Something Different’ and ‘Why Don’t We Just’.

Seavey is one of the trendiest and hottest pop singers in town who makes a great deal of money from singing, social media, and other activities. His net worth, as of 2021, is estimated at $2 million.

He got involved in music since he was very young and learned to play a variety of musical instruments including guitar, piano, cello, recorder, saxophone, drums, violin, viola, and bass.

Daniel auditioned for the 14th season of American Idol in San Francisco with Paula Abdul’s ‘Straight Up’ and made it to the top nine.

After earning quite a huge amount of fame, Daniel got actively involved in social media, posting music videos on YouTube.

In September 2016, he joined the band ‘Why Don’t We’, and released their first single, ‘Taking You’ followed by their first EP, ‘Only the Beginning’, that same year. Both their work was successful.

His favorite musician is Ed Sheeran.