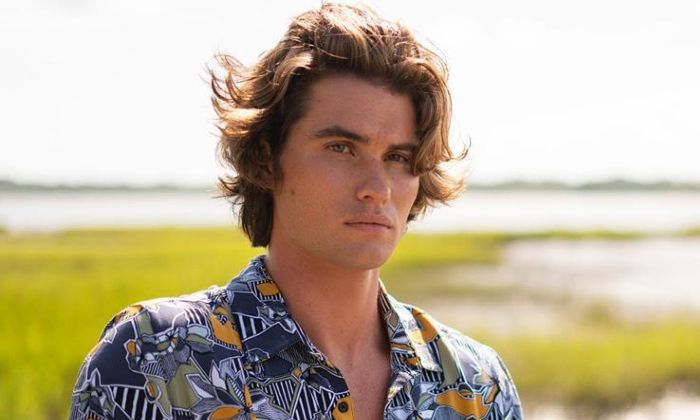 Chase Stokes is an American actor who shot to prominence after playing John B on Netflix’s teen drama, Outer Banks, alongside Madelyn Cline (who plays his love interest), Madison Bailey, and Jonathan Daviss. He has also acted in a few television series before becoming the heartthrob of young women, including Stranger Things, Tell Me Your Secrets and One Of Us Is Lying.

Chase Stokes was born on the 16th of September 1992, in Annapolis, Maryland, United States of America. He is currently 29 years old.

Chase Stokes is the oldest of four siblings in a family of five. His parents are Jeff Stokes and Jennifer Canning. His father is the president of STRIDE franchise LLC. After divorcing Canning, Jeff married Nikki Osterman Stokes. He has two younger siblings, brother Kaden Stokes, and a sister named Kendall Nicole Stokes.

He attended Timber Creek High School in Orlando, Florida, and went on to study at the University of Central Florida, graduating in 2015. Chase was quite active in sports, particularly surfing, right from a young age.

He grew up along the eastern shore, where his grandparents lived too. In an interview, he said that he spent most of his time on boats, driving them around and surfing. His character, John B, on Netflix was quite similar to his early life. In fact, he has his own boating license too.

Chase Stokes doesn’t speak much about his love life and has always tried to keep things off the radar. He is currently single, at least for now. There are reports stating that he was in a relationship with a girl named Xio Montalvo and they moved in together to Los Angeles in 2017. The couple broke up later in 2017.

Stokes has been in a relationship with his Outer Banks co-star Madelyn Cline since 2020.

Chase Stokes landed his first acting role in the short film, Lost Island, in 2014, playing the role of Captain Charles Whitaker. He was cast as Ethan Teri in the TV series, Base, the following year.

In 2018, he played Young Dale in the adventure comedy-drama film, Between Waves, his first foray into big screen.

Stokes plays the leading man on Netflix’s teen drama, Outer Banks, his first-ever major role. His role, John B, the ringleader of the Pogues, is quite relevant to his early life as he grew up entirely in the eastern shore nearby a huge boating community. The breakout stars of the hit series are Madelyn Cline, Madison Bailey, Jonathan Daviss, Rudy Pankow, and Austin North.

The first season of the series premiered on Netflix on April 15, 2020. His exceptional performance as John B, his reel-character age is almost a decade younger than him, is certainly a praiseworthy one. He quickly gained a lot of fame and attention that none of his previous roles earned him.

The popularity of Netflix’s new teen drama has earned him a huge social media following. Chase Stokes has already accrued 2.1 million followers on his Instagram and is sure to garner even more. He can be found on Twitter @hichasestokes, where he has accumulated over 100 thousand followers.

He’s not new to Netflix and already had a small part as Reed on Netflix’s Stranger Things in 2016.

Before fame, he worked as a salesman for a fitness company in Florida and spent four years working as a lifeguard at Orlando Country Club.

His early works include appearing in an ad campaign for Abercrombie & Fitch and guest-starring in TV series.

Chase had almost turned down the role of John B after reading the email he received for the audition, thinking it would be a Goonies reboot. He accepted the role after he was introduced to the entire script.

He has a pet dog named Jack.

Chase is good friends with the rest of the cast members of the Outer Banks. His chemistry with the leading lady, Madeline Cline, who plays his love interest, has enthralled the audience quite a lot.

He is good friends with actor Jeremy Pope.

The entire cast of Outer Breaks were held up in a quarantine facility in Los Angeles during the COVID19 outbreak.

Chase is also a poet and a musician.