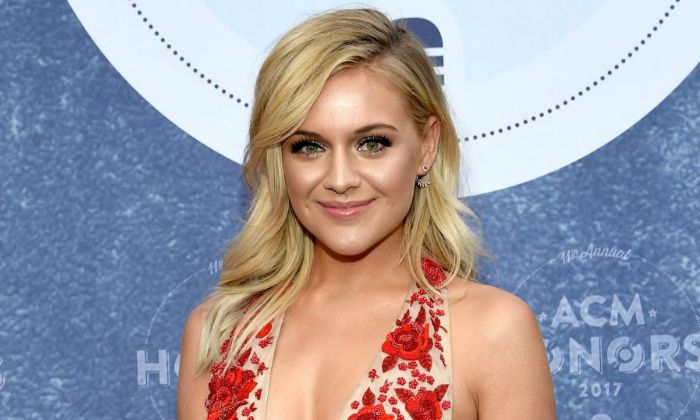 A country singer and songwriter based in Knoxville, Tennessee, Kelsea Ballerini is best known for her number one singles, “Love Me Like You Mean It”, “Dibs”, “Peter Pan” and “Legends”. She became the first female country artist to have the first three top number one singles after Wynonna Judd on the Billboard Country Airplay chart. She forayed into the pop scene as a teenager and got her major breakthrough when signed a recording deal with Black River Entertainment. Ballerini has so far released four albums, reaching the top five on the Billboard country singles charts.

Kelsea Ballerini was born on the 12th of September 1993, in Mascot, Knoxville, Tennessee, United States of America. She is currently 28 years old.

Speaking about her family, Ballerini is the only child of her parents, Ed and Carla. Her father worked as the sales manager for a country-music radio station, and her mother was a former employee of a publishing company called Thomas Nelson Bible publishing.

She was educated at Central High School in Knoxville, Tennessee, and graduated from Centennial High School in Franklin, Tennessee. She, then, enrolled at the Lipscomb University in Nashville but dropped out after two years in pursuit of her musical career.

Kelsea Ballerini married Australian country artist Morgan Evans in December 2017 after being in a relationship for over a year. The couple was engaged on Christmas Day 2016 and got married on December 2, 2017, in Cabo San Lucas, Mexico.

Kelsea Ballerini got her start in music at the age of 13, with her first major breakthrough coming in 2013, at age 19, when she signed a recording deal with Black River Entertainment. She released her first single, “Love Me Like You Mean It” the following year, peaking at #1 on the Billboard Country Airplay chart, making her the first female country artist after Carrie Underwood, working under an independent label, to have her debut single reaching the top spot on the chart.

In 2015, she appeared at the Radio Disney Music Awards.

So how rich Kelsea Ballerini is? The Mascot-native country singer has an estimated net worth of $6 million, with the majority of her net worth coming from her successful singing career. She lives in Los Angeles, California.

She took dance lessons at Premiere Dance Studio in Seymour Tennessee as a child and later shifted her focus to music. She explored her songwriting skills at the age of 13 and started taking guitar lessons at age 15.

Kelsea honed her singing skills by singing in churches and school choirs.

The following year saw Ballerini’s live performance at the Grand Ole Opry for the first time, with a lively rendering of “Love Me Like You Mean It”.

Her hit single “Peter Pan” gained her two Academy of Country Music Award nominations for Female Vocalist of the Year and Video of the Year.

Kelsea is a dog lover and has a dog named ‘Dibs,’ named after her successful single of the same name.

She released her second album, Unapologetically, on November 3, 2017, through the label Black River. It debuted at #3 on the Billboard Country Charts.

She won the Radio Disney Music Awards for Country Favorite Artist in 2018.

She dropped her third and fourth albums, Kelsea and Ballerini in 2020.

In 2021, she replaced Kelly Clarkson as a coach for Season 20 of The Voice