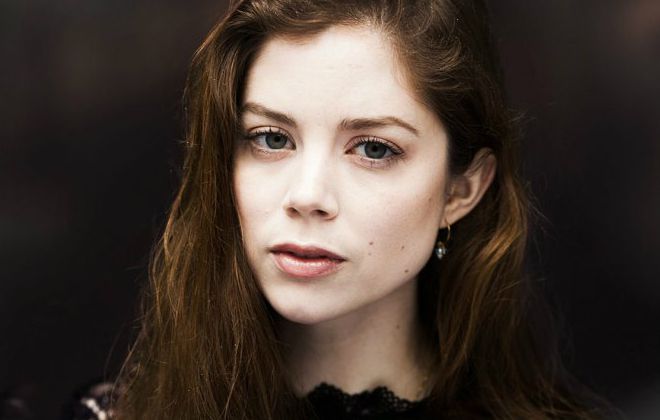 Who is Charlotte Hope?

Charlotte Hope is a gorgeous English actress who came to prominence after playing Myranda in the HBO drama series, Game of Thrones. She is also best known for her role as Philippa Hawking in the Stephen Hawking biopic ‘The Theory of Everything’. In 2018 she played Sister Victoria in the horror film, ‘The Nun’.

Charlotte Hope was born on October 14, 1991, in Salisbury, Wiltshire, England. Very little is known about Charlotte’s life prior to her rise to fame as she hasn’t shared any information regarding her family or early life. She has a younger sister named Emily Hope.

After completing her high school education, Charlotte attended the University of Oxford, where she studied French and Spanish. She later enrolled at the Le Coq Theatre School in Paris to study drama and acting.

Charlotte is in a relationship with screenwriter Konrad for years now.

Her first breakthrough role as an actress came in 2014 when she was cast as Phillippa Hawking, the younger sister of Stephen Hawking, in the biographical drama film, ‘The Theory of Everything’.

In 2010, Charlotte made her acting debut as Ava Dunlop in an episode of the British medical drama series, ‘Casualty’.

She earned a huge appreciation for the portrayal of Myranda, Ramsay Bolton’s sadistic lover, in HBO’s fantasy drama television series ‘Game of Thrones’. She has appeared in a total of eight episodes of the series from season 3 through season 8.

Charlotte’s net worth is estimated to be around $1 million dollars.

She had a huge passion for acting from a very young age. She happened to do an audition for a role for  a project when she visited Paris during her time at the University of Oxford, but unfortunately, she couldn’t get through. It was during this time she got serious about acting.

She studied at the Le Coq Theatre School in Paris for one year, where she worked as a model for an agency.

In 2015, Hope appeared in the music video “Beautiful to Me” by Olly Murs.

In 2016, Hope appeared in the biographical romantic drama ‘A United Kingdom’ alongside Rosamund Pike and David Oyelowo.

That same year, she made her Broadway debut with Sam Shepherd’s ’Buried Child’, playing the role of Shelly, which was directed by Scott Elliot.

In 2018, she played the role of Sister Victoria in Corin Hardy’s supernatural horror film ‘The Nun’.