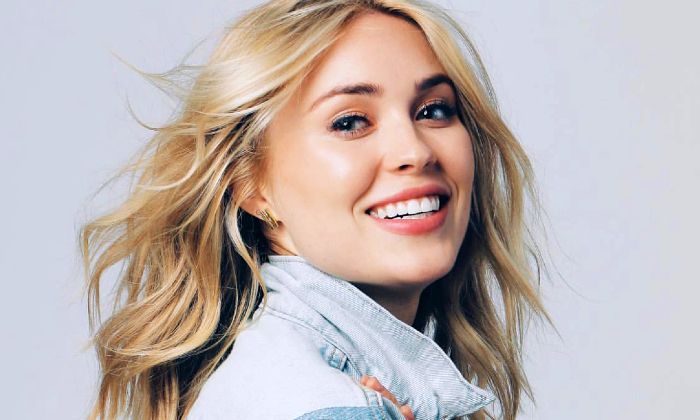 Cassie Randolph is a born and bred California girl who is perhaps known as a television personality and social media influencer. She caught the spotlight after winning the 23rd season of the popular dating show The Bachelor, starring Colton Underwood.

During her run in the show, the gorgeous blonde quickly found success by winning Colton’s heart and that of the audience as well. She has also appeared on television shows such as The View, Good Morning America, Entertainment Tonight, and Live! with Kelly. Caddie has amassed over 1.7 million Instagram followers in a short period of time that speaks of her popularity.

Cassie Randolph was born on the 27th of April 1995, in Huntington Beach, Orange County, California, United States of America. She is currently 26 years old.

Cassie is the oldest daughter of Matt Randolph, CEO of a marketing agency and Amy McCleary. She has two younger siblings – Michelle Randolph, an actress, and model, and Landon Randolph. Her brother is a professional surfer who has won several surfing competitions including the National Scholastic Surfing Association Jr. competition.

Cassie Randolph studied at Berean Christian High School, a Christian high school in Walnut Creek, California, United States. She, then, went on to study at Biola University, a private, evangelical Christian university in La Mirada, California, where she majored in communication sciences and disorders in 2016.

Cassie’s relationship with Colton Underwood received widespread media attention due to the fact that they began dating after appearing in a dating television show. The two met on the 23rd season of The Bachelor, where Colton was the lead cast, and Cassie ultimately won his heart as the winner of the show.

The couple had gone strong with their romance even after the shoot and they made several public appearances. Apparently, the duo got engaged on November 21, 2019. While everything was going well until May 2020, Cassie and Colton announced their split on their respective Instagram pages.

Prior to dating Colton, Cassie was in a relationship with professional basketball player Caelan Tiongson for five years.

Cassie Randolph landed her first TV show as a contestant in the 2016 reality TV series Just Once prior.

She went on three years later to appear on the 23rd season of the dating reality game show, The Bachelor, in 2019. The show’s star was Colton S. Underwood, former American football tight end and TV personality. Other contestants of the show are Hannah Brown, Katie Morton, Heather Martin, and Onyeka Ehie, to name a few.

Cassie has taken the world by storm. She has embraced her private and public lives equally and continues to add more and more beauty to this world.

She is extremely popular on social media, especially on Instagram, where she has already accrued more than 1.7 million followers. Through her pictures, Cassie has been able to offer a glimpse into her personal life with her fans and followers.

Prior to venturing into showbiz, she worked at Huntington Beach Union High School District as a substitute ESL teacher.

Cassie works as a speech assistant and aspires to become a speech pathologist.

In 2016, she appeared in the web series called Young One with her sister, Michelle.

She was featured in several other popular television shows, such as The View, Good Morning America, Entertainment Tonight, and Live! with Kelly.

She has two pet cats – Maverick and Goose.

Cassie is very close with her family, in particular with her sister. They both run a YouTube channel, which has almost 70 thousand subscribers.

She loves learning and teaching.