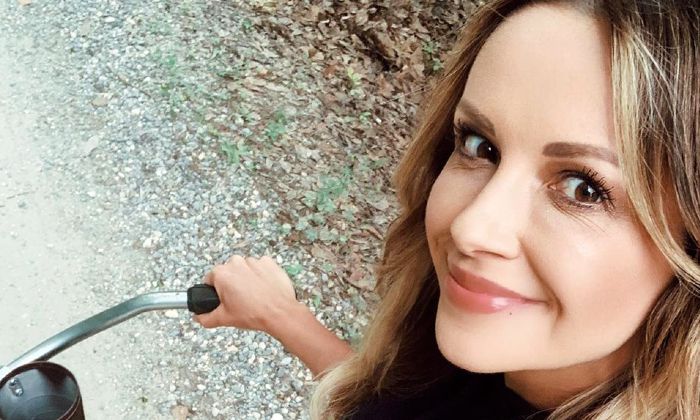 Who is Carly Pearce?

Carly Pearce is an American country music singer and songwriter who gained popularity for her debut album titled “Every Little Thing” which let her signing with the record label Big Machine Records. Since then, she has dropped a string of singles, released her self-titled album, bagged a few prestigious awards and appeared on music videos for some of the biggest names in the industry. In 2019, she released a single titled “I Hope You’re Happy Now”, a duet song which she sang with country music singer Lee Brice. Carly’s eponymous album arrived in February 2020 which debuted at #73 on the Billboard 200.

Carly Pearce was born on the 24th of April 1990, in Taylor Mill, Kentucky, United States of America. She is currently 29 years old.

Carly Pearce is the daughter of Todd and Jackie Slusser. Her grandparents were also musicians and they used to play music at home which eventually led her to pursue music at a very young age.

Carly Pearce is married to fellow country singer Michael Ray since October 6, 2019. The couple met on Instagram and fell in love with each other after a few conversations and exchanges. Before getting engaged, Ray met Pearce’s parents and sought their permission. He proposed to her at a beach resort in Tulum, Mexico, alongside Pearce’s family who also attended the vacation. They got engaged on December 19, 2018.

Carly Pearce released her first single “Every Little Thing” as an independent work in early 2017. Much to the expectations, the song was a huge hit and was subsequently picked up for radio airplay on Sirius XM’s The Highway channel.

Following the success of the song, she signed with Big Machine Records and released her debut album entitled “Every Little Thing” on October 13, 2017. The album’s lead single peaked at No.5 on the Billboard Hot Country Songs chart and topped the Billboard Country Airplay chart.

The album, on the other hand, debuted at No.4 on the Billboard Top Country Albums and charted at No.32 on the Billboard 200 albums chart. The album was overwhelmed with critical praise and acclaim which not only boosted her music career but also made her a prominent singer in the country music sphere.

As a successful singer, Carly has already amassed a significant social media following. As a result of her hit songs, she has gotten much attention on social media and has taken the world of social media by storm.

Like many other singers, she uses social media to connect with her fans apart from continuing to thrive her career. Carly’s popularity on social media can be attributed on how popular she has become. Her Instagram account, which has over half a million fans, is the most popular of her social media sites.

Carly is also available on Twitter, where she has got over 70,000 followers. Her Facebook page can be found @CarlyPearceMusic, which has nearly 90,000 followers.

She kicked off her music career at age 11 and spent nearly five years touring with a Bluegrass band. During this time, she also performed at local events, church, tent revival shows and even performed at an all-boys prison.

At age 16, she quit high school and moved to Pigeon Forge and began to perform at Dollywood theme park.

But it wasn’t as easy as she thought and after several struggles, she got her big break with her debut song “Every Little Thing” and signed with Big Machine Records.

In 2016, she was named one of Rolling Stones’ “10 Artists to Watch This Summer” as well as included in CMT’s “Next Women of Country” that same year.

She has toured with Pretty Little Liars star Lucy Hale as her backup singer, been a regular artist at the legendary “Bluebird Cafe” and made her Grand Ole Opry debut on May 30, 2016.

In 2018, she won Breakthrough Video of the Year at the CMT Music Awards.

Her favorite food is brussel sprouts.

Carly released her self-titled album on February 14, 2020, which debuted at number six on the Top Country Albums list and reached the number 73 on the Billboard 200. The album was busbee’s final production project before his death in 2019.

She has toured with some biggest names in the industry including Blake Shelton, Rascal Flatts, Luke Bryan, and Jason Aldean.