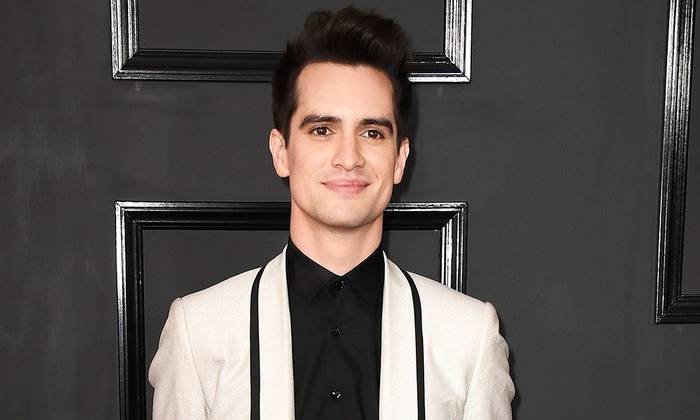 Brendon Urie is an American singer, songwriter, and musician. The 34-year-old has been singing for years now, but he’s most probably known as the lead singer of the pop-rock band Panic! at the Disco. He had always known that he’s destined for a career in music and thanks to his hard work and singing abilities, he eventually earned a spot in the rock band. Ever since that, he’s enjoying his life in the spotlight, and not to mention that he’s still the only original member of the band.

The Las Vegas-based rock band has dropped a ton of studio albums, including their top 5 Billboard 200 albums, Pretty. Odd., Too Weird to Live, Too Rare to Die!, Death of a Bachelor and Pray for the Wicked. He came out as pansexual in July 2018 and confessed that even though he’s married to a woman, he’s attracted to men and women alike. As of 2023, Brendon Urie has a net worth of $12 million.

Brendon attended and graduated from Palo Verde High School in Las Vegas, Nevada. He was singing and playing music from a young age. While in high school, he met Brent Wilson, who was then the bassist of Panic! at the Disco in his guitar class.

During that time, the band was looking for a replacement guitarist, and Wilson asked Urie to become a guitarist for the band. He gave it a try and eventually became the band’s guitarist. They later made him the band’s lead vocalist after they were impressed with his singing abilities.

He called himself straight at the time of his marriage with Sarah, however, in July 2018, he confessed that he’s pansexual during an interview with a leading magazine.

Brendon Urie got his start in music when he was a teenager, to be precise, during his high school years. He became the lead vocalist of America’s popular pop-rock band, Panic! at the Disco. Together, the band released their debut studio album entitled A Fever You Can’t Sweat Out, in September 2005, which reached number 13 on the US Billboard 200 and achieved multi-platinum status.

He’s multifaceted that can write songs, sing play bass, organ, accordion, and cello, among other instruments. Not only has Brendon worked with his band, but he’s also collaborated with various singers, including the likes of Patrick Stump, Dillon Francis, Benny Blanco, Juice Wrld, and Taylor Swift, to name a few.

All of this have only contributed to his net worth, which is roughly estimated to be $12 million, and with many more projects lined-up, expect his net worth to go way up.

Brendon was raised Mormon by his family, however, as he got older, he lost faith and left the church and he now calls himself a atheist.

He’s fond of dogs and has many pet dogs named Elwood, Dylan, Indie, Bogart, and Penny.

According to Urie, Sinatra, Queen, David Bowie, and Tom DeLonge are his biggest influences.

He admitted that has synesthesia in a 2016 interview with Rolling Stone.

His wife inspired him to write the song “Sarah Smiles” that was featured in the album Vices & Virtues.

Brendon has amassed over 4.5 million followers on the streaming platform, Twitch.