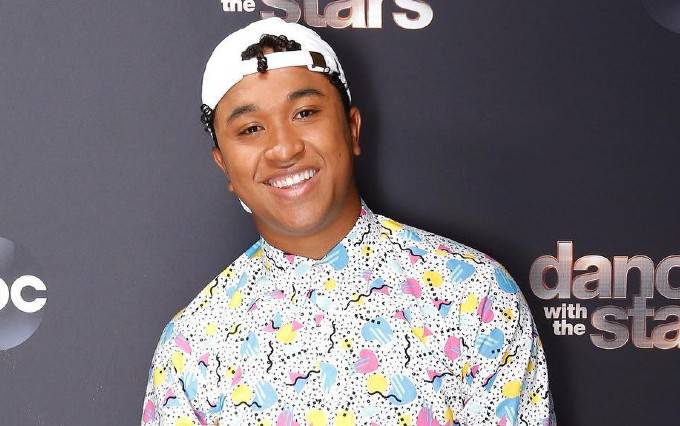 Brandon Armstrong is an American professional dancer and reality television star who is best recognized for being a pro dancer and choreographer on Dancing with the Stars. He joined the reality dancing show as a troupe member in season 24 and has been a part of the show since then. Brandon was promoted to a pro dancer in season 27 and partnered with actress Kenya Moore in its most recent season, where he placed 10th. He has around 100k followers on Instagram.

He is of African-American descent.

His mother’s name is Carlene. He has two younger sisters.

Brandon Armstrong is married to his girlfriend and social media manager Brylee Ivers. They began dating in early 2021 and got engaged in March 2022. Brandon and Brylee got married on July 30, 2022, in a romantic open wedding ceremony in Draper, Utah.

Brandon was born and raised in California. He moved to Utah when he was 12 years old and began dancing around the same time and trained with Mark Ballas, Corky Ballas, and Shirley Ballas.

He is a great dancer and got trained in all styles including jazz, hip hop, and contemporary.

He has participated in many dance contests, specifically in Latin Ballroom.

Brandon won the first junior competition of Dancing With the Stars in season 6 at age 13.

He joined the cast of DWTS as a troupe member in season 24 and became a pro in season 27.

Apart from DWTS, he’s also auditioned for other dance competitions, including the So You Think You Can Dance in its 12th season.

He has guest appeared in TV shows like The Onion, Entertainment Tonight, Good Morning America, To the Pointe with Kristyn Burtt, The Ellen DeGeneres Show, and The Real Housewives of Atlanta.